Support for the USMCA

The USMCA maintains and augments many of benefits for the United States and its varied industries, including U.S. exports and manufacturing. 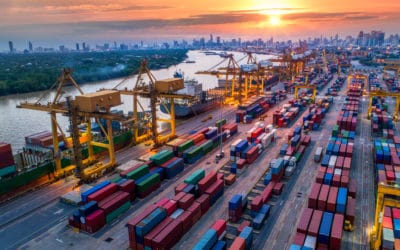 The North American Free Trade Agreement (NAFTA) entered force on Jan. 1, 1994, following approval by Congress on Nov. 20, 1993. Enhanced trade facilitated by NAFTA for more than two decades has been beneficial to the U.S. paint and coatings industry, whose exports range from consumer paints to those used in industrial settings and in manufacturing operations. The U.S. coatings manufacturing base exports a significant portion of its production to Mexico and Canada — approximately $1.85 billion in 2018, accounting for nearly two-thirds of the industry’s exports — and the United States benefits from a consistently strong trade surplus with both countries.

The U.S. paint and coatings industry is a modern, globally competitive industry that supports a substantial number of high-paying jobs in the United States, many of which are supported by exports. The American Coatings Association (ACA) represents the nearly $30 billion U.S. paint and coatings industry, operating in all 50 states, and employing over 295,000 people engaged in the manufacture, application, and distribution of its products.

NAFTA’s replacement — the U.S-Mexico-Canada Agreement, or USMCA — negotiated by the Office of the U.S. Trade Representative (USTR) under Trade Promotion Authority, is before Congress for approval. The USMCA maintains and augments many benefits for the United States and its varied industries: promoting U.S. exports, boosting manufacturing, addressing changes in the modern economy over the last 25 years, including digital trade; and it also expands labor and environmental provisions in the original NAFTA for trading partner countries, among many other enhancements. ACA urges Congress to partner with the current Administration to enact this important trade agreement to preserve the very real benefits that the coatings industry has seen from a North American trade accord over the past two and a half decades.

In this Issue Backgrounder, ACA outlines the positive impact a trade agreement with Canada and Mexico has borne the U.S. coatings industry, and highlights several of the enhancements of the USMCA that will protect and strengthen the position of U.S. industries and manufacturers, including the coatings industry.

The U.S. coatings industry (NAICS 32551) is a highly efficient, internationally competitive industry that features many key global market leaders, as well as many small and medium-sized enterprises (SMEs) that compete in a variety of market sectors. The U.S. market is roughly evenly divided between architectural (decorative) coatings and industrial coatings, most of which are sold for original equipment manufacturer (OEM) applications, but some of which are categorized as special purpose coatings, such as automotive refinish coatings. Per the Census, the U.S. coatings manufacturing industry had a total value of shipments and receipts for services of $28.4 billion, employs some 42,600 persons (manufacturing),1 and has an annual payroll of $2.28 billion, along with $631 million in fringe benefits.2

The U.S. coatings industry also enjoys a strong trade position, both within North America and globally. In 2018, the U.S. exported coatings products valued at $1,854,597,978 to Canada and Mexico, with $1,143,219,742 of that total going to Canada and $711,378,236 to Mexico. These figures are comprised of a mix of waterborne3, solventborne4, and miscellaneous coatings products5 that are sold to both Canadian and Mexican consumers, as well as industrial and commercial users and manufacturers. While the U.S. market did import coatings products from Canada and Mexico as well, trade in coatings products resulted in a positive trade balance of $1,375,484,491 in transactions within the former NAFTA framework (these include a positive trade balance of $753,860,064 with Canada and $621,624,427 with Mexico).6 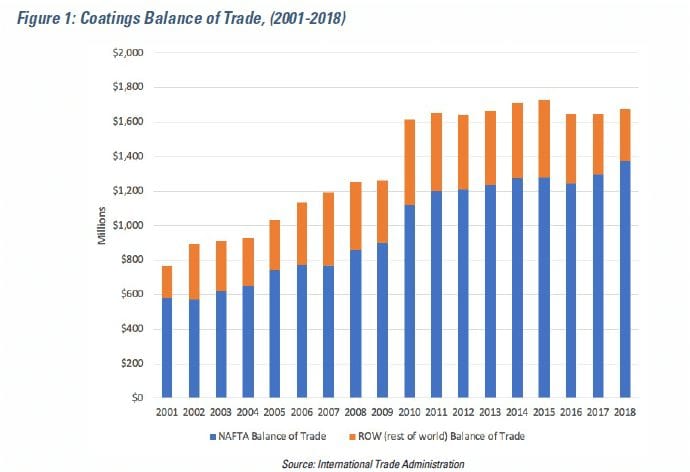 As noted, the coatings products traded in the North American trade agreement region include both decorative paints used by consumers or painting contractors, along with coatings that are used as intermediate goods within in the manufacturing setting. Particularly important to the paint and coatings industry is the North American market for the manufacturing of motor vehicles. U.S. manufacturers, along with their global competitors, assemble cars, light trucks, and heavy vehicles at multiple locations in the United States, Canada, and Mexico. The complex supply chains that support this manufacturing activity involve Tier 1 and Tier 2 suppliers within the North American trading bloc and elsewhere. This trade in intermediate goods works in both directions, with U.S. suppliers selling to Canadian and Mexican manufacturing plants, and vice versa. This North American interdependence has been noted by the Brookings Institute, which observed that, “advanced manufacturing in many states greatly depends on imports of parts and components from Canada and Mexico. Michigan’s automotive industry has long relied on suppliers in Canada and Mexico who provide 61 percent of Michigan’s total intermediate imports.”7

From the perspective of the U.S. coatings industry, trade within the former NAFTA bloc has proven highly beneficial. U.S. coatings producers have been successful in exporting into the Canadian and Mexican markets, to both Canadian and Mexican manufacturers and consumers, with the NAFTA area accounting for nearly two-thirds of the industry’s exports and almost all of the net global trade surplus.8 As such, ACA believes that USMCA ratification would potentially avoid new Canadian or Mexican trade barriers that hinder these currently beneficial trade flows, particularly those involving coatings used as an input into the manufacturing process. 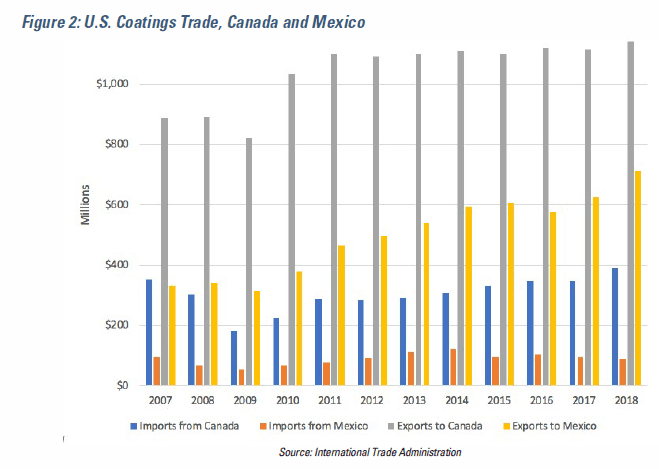 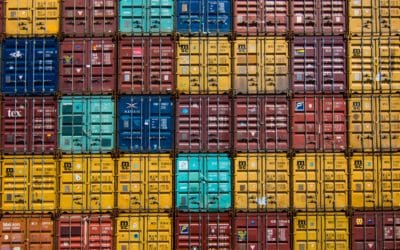 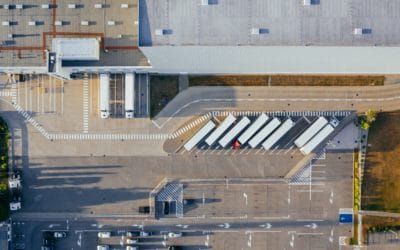 According to the U.S. International Trade Commission’s (ITC) report, “Likely Impact on the U.S. Economy and on Specific Industry Sectors,” the updated USMCA would boost trade throughout North America, with U.S. exports growing more than imports9. ITC also estimates that the USMCA would increase U.S. GDP by 0.35% and add 176,000 jobs in the sixth year after it’s passed.  Regarding the latter, ITC found the average worker’s paycheck would increase by $150 annually, with the largest wage increases in manufacturing and mining, due primarily to the deal’s auto rule changes.

Moreover, the USMCA includes provisions that will facilitate customs processing within the trading bloc that ACA advocated for in the NAFTA renegotiation process. Under NAFTA, the routine exchange of substantial trade information between Canada and the United States resulted in the waiver of certain procedures (e.g., U.S. export declarations), which simplifies and facilitates the border-crossing process considerably. However, the import and export administrative procedures between Mexico and the United States were more cumbersome, requiring more paperwork. These extra steps result in longer clearance and border-crossing times.

The USMCA simplifies the overall process of importation since trading partners must establish or maintain a single-window system enabling the electronic submission through a single point of the documentation and data necessary for importation. This single-window system’s electronic submission coupled with transparency procedures supports the use of blockchain for global supply chains. Blockchain may increase the efficiency and security of customs and product safety supply-chain traceability.

While not specifically coatings, key raw material inputs classified, for example, under HS 390710 are used in coatings, and in some cases, are also manufactured by coatings producers as inputs into coatings formulations. Under NAFTA, importing these products required producers to apply (1) tariff shift rules, and (2) regional value content calculations.

The USMCA changes the rules of origins, so that a good is classified as “originating” if it is:

This change will provide significant relief for industry, since the previous NAFTA requirements placed a considerable administrative burden on manufacturers who had to solicit supporting NAFTA certificates from suppliers of raw materials. 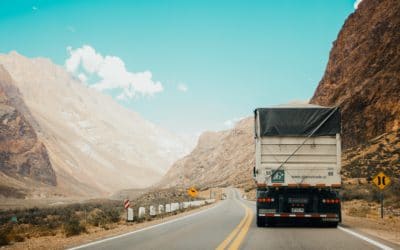 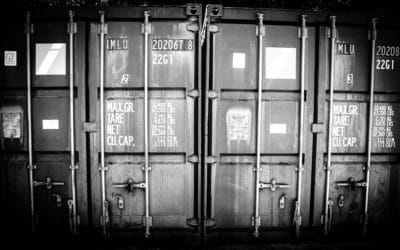 As already noted, the U.S. coatings industry comprises both key global market leaders and many SMEs. The USMCA institutes a cooperative support infrastructure for SMEs, including through adaptation of the new digital trade provisions and changes to de minimis shipment value levels.

Specifically, the USMCA institutes the following safeguards for SMEs:

Notably, the USMCA also creates an SME Committee to identify and provide solutions for SME issues.

The USMCA eliminates, for Canada, the Investor-State Dispute Settlement (ISDS) mechanism for resolving disputes between countries. The mechanism, which allows companies to sue governments to allege their investments are harmed, remains for U.S. and Mexican businesses in oil and gas, power generation, telecommunications, and infrastructure. However, many of the existing ISDS provisions are altered.

The NAFTA ISDS provisions are altered, as follows:

The USMCA requires countries to maintain a roster of 30 ISDS panel members to resolve disputes. And, if a dispute covers a WTO requirement, it can be brought there (USMCA contains provisions outside WTO rules, so only a USMCA panel can resolve them). Notably, the USTR has said that the deal “is not meant to allow panel blocking;” rather, the United States could use Section 301 tariffs (meant to address unfair trade barriers) to enforce the USMCA. 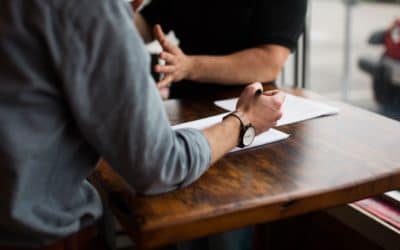 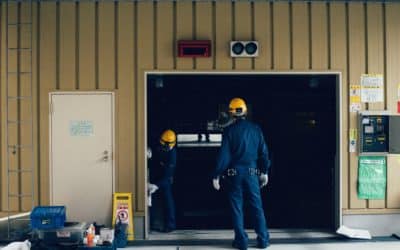 The USMCA adds many provisions to enhance labor and environmental protections.

The agreement requires countries to enforce their labor laws, which cannot be weakened to attract trade. Mexico’s legislature already passed a new law, required by the deal, to strengthen workers’ rights to unionize, free of violence and intimidation. Moreover, the USMCA requires compliance with the International Labor Organization’s Declaration on Fundamental Principles and Rights at Work. Finally, under the deal, countries must prohibit imports of goods produced by forced labor, and ensure migrant workers are protected by labor laws.

The USMCA mandates that countries must enforce, and not weaken, their environmental laws; and that they must have environmental impact assessment procedures for projects that could adversely affect the environment. Specifically, USMCA provides for commitments to combat illegal fishing, wildlife and plant trade, and logging. Regarding air quality, USMCA dictates that countries will seek to control release of substances that thin the ozone layer. The USMCA also addresses protections for aquatic environments: countries must implement a fisheries management system; prohibit subsidies that harm fish stocks; and reduce marine litter, including pollution from ships.

The USMCA also fills the gaps on digital trade protections — a concern that did not exist when NAFTA was initially crafted.

USMCA provides for the following: 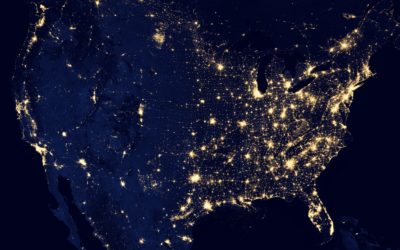 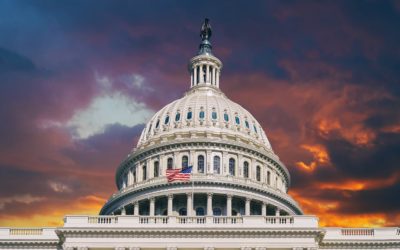 As detailed above, ACA believes that the USMCA modernizes and improves NAFTA for U.S. consumers, the U.S. manufacturing sector and workforce, and the U.S.-based coatings industry. ACA urges Congress to embrace this trilateral agreement that presents so many benefits for U.S. exports.