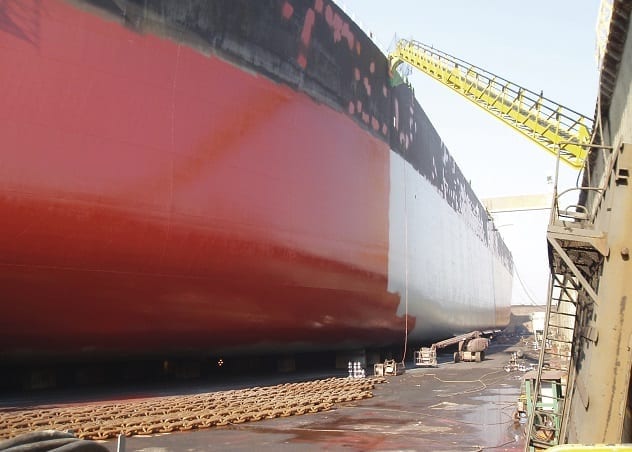 From flat to eggshell to semi-gloss, architectural paints have made incredible gains in ultra-low VOC paint performance, but achieving a smooth, hard, glossy finish without the help of solvent has been much more elusive across the color spectrum of deep tones. In these polymer-rich paint formulations, ultra-low VOC options typically employ a soft polymer or a hard polymer with a nonvolatile coalescent. Both result in poor block and tack resistance. As titanium dioxide- and extender-rich neutrals and pastels make way for bolder, brighter accent colors, there is growing consumer demand for deep-tone paints that go on smoothly, dry quickly, and maintain a glossy, hard finish without cracking. A controlled polymer morphology has been developed which employs hard, soft, and functional monomers in a single waterborne acrylic binder.* When compared to both low-VOC (< 50 g/L) and ultra-low VOC (< 5 g/L) commercial binders, test results demonstrate that this polymer technology offers improved film formation, hardness, and tack and print resistance when used in ultra-low VOC, deep-base paints.

Neutral tones have dominated the interior color spectrum for many years, with gray scoring back-to-back honors as the top paint color of 2014 and 2015 in surveys by the Paint Quality Institute (PQI). Today, fashion forward trends are calling for more vibrant interiors: purples, reds and other saturated hues are topping the list of recommended colors for accent areas such as doors, railings, window trim, furniture, entryways, and cornices. These deep tones are notably absent of titanium dioxide (TiO2), the primary white pigment in neutral through mid-tone paints.

Titanium dioxide, and to a lesser extent calcium carbonate, are used to provide hiding through light refraction. They also contribute to film hardness. Deep and accent tone paints, by contrast, do not contain the aforementioned scattering pigments which can reduce the chromaticity of the paint film. These paint formulations derive most of their film hardness properties from the polymeric binder. When used with a volatile coalescent, high Tg polymers are preferred because they promote faster hardness development and overall harder finishes. Thus, challenges emerge in this chromatic ultra-low VOC space due to the combined lack of volatile coalescent and the absence of pigments to promote hardness.

To lower the VOC content of aqueous paints, a nonvolatile coalescent-like plasticizer may be used in place of volatile ones to enhance film formation; however, these plasticizers do not volatilize out of the paint film and the resulting finish remains soft and tacky, with poor block and print resistance. Using a higher Tg binder without plasticizer generally improves hardness, but takes away from film formation and results in poor scrape and crack resistance. A third option is to use a low Tg polymer. While this alternative generally improves scrape and crack resistance, it does so at the expense of hardness and tack.

Research was conducted to achieve an optimal balance between the soft and hard phases during film formation for ultra-low VOC, deep-base paints.  The research focused on post film formation crosslinking chemistries used in combination with latex particle morphology optimization. Initial experiments were conducted to establish structure-property relationships between binder compositions and formulation variables. Then, predictive models from the experimental designs were used to develop an optimized binder for ultra-low VOC, deep-tone paints.

Binder technology based on controlled polymer morphology with functionality was evaluated against three competitive ultra-low VOC (< 5 g/L) binders and a leading low-VOC (< 50 g/L) binder in a deep-base gloss test formulation and a gloss accent base formulation (see Tables 2 and 3 for starting point test formulation details).

Hardness properties as affected by binder selection were evaluated over a seven-day period per ASTM D-4366 method for a deep-base gloss paint (4% PVC/30% VS) tinted with 12 oz/gal of black colorant and applied to aluminum panels via 5-mil drawdown bar. As demonstrated in Figure 2, the deep-tone test paint formulated with the optimized binder demonstrated significant improvement in hardness development compared to test paints formulated with competitive binders at equal VOC level  (< 5 g/L) and a leading commercial binder at higher VOC level (< 50 g/L).

Tack resistance is a key performance benefit derived from harder paint films. This performance property was evaluated using 5 mil drawdowns of deep-base gloss test paint formulations (4% PVC/30% VS) tinted with 12 oz/gal of black colorant applied to aluminum panels and dried for 24 hr. Cotton balls were placed on each panel and subjected to 15 min of pressure from a 1000-g weight. Resistance to tack was measured by the amount of cotton ball fibers remaining after the cotton balls were removed from the coated panels. As shown in Figure 3 and presented in Table 4, the binder technology based on controlled morphology with functionality demonstrated excellent tack resistance versus competitive binders at equal VOC (< 5 g/L) and the commercial binder at higher VOC (< 50 g/L).

Print resistance is influenced by film hardness and is particularly important where deep-base coatings are used on window sills, accent tables, shelves, and other horizontal surfaces. Longer-term pressures from flower pots, cups/saucers, and similar household items can lead to permanent deformations in the paint film. This key property was evaluated by a method based off ASTM D-2064 using 5 mil drawdowns of 4% PVC/30% VS paints tinted with 12 oz/gal of black colorant. Formulations were applied to aluminum panels and dried for 24 hr before lids were placed on films with 1000 g weight for 20 hr. As shown in Figure 4, the optimized binder technology for deep-base paints demonstrated excellent resistance against imprinting compared to a test paint formulated with a commercial binder and the high gloss commercial binder.

A paint’s scrape resistance is influenced by both its mar resistance and its adhesion to the substrate. This performance property was evaluated using a scrape adhesion test method based on ASTM D-2197. Five mil drawdowns of 4% PVC/30% VS deep-base gloss paints tinted with 12 oz/gal of black colorant were made on aluminum panels and dried for 24 hr before a controlled metal loop stylus was slid across the films with increasing amounts of weight and film damage was observed and rated. As shown in Figure 5, the binder technology based on controlled morphology with functionality demonstrated excellent scrape resistance far exceeding the other competitive binders tested.

In addition to extensive testing in low-pigmented paint formulations, the new binder technology optimized for ultra-low VOC (< 5 g/L), deep-base paints was compared to a commercial low-VOC (< 50 g/L) gloss binder in a zero-PVC gloss accent base. As demonstrated in Table 5, the ultra-low VOC binder technology performed as well or better than the higher VOC commercial offering in gloss and hardness, as well as tack, print, and block resistance.

A 100% acrylic binder has been developed that offers early hardness development in ultra-low VOC, deep-base architectural paints. The binder technology is based on controlled morphology that combines hard and soft polymers with ambient crosslinking functionality. Test results demonstrate that this binder technology offers world-class scrape adhesion and hardness, better or comparable print resistance to all other binders tested, and better block and tack resistance versus both low- and ultra-low-VOC alternatives. It can be used to formulate ultra-low VOC, binder-rich, highly colored architectural paints that still have excellent hardness, and excellent tack, block, print, and scrape resistance.