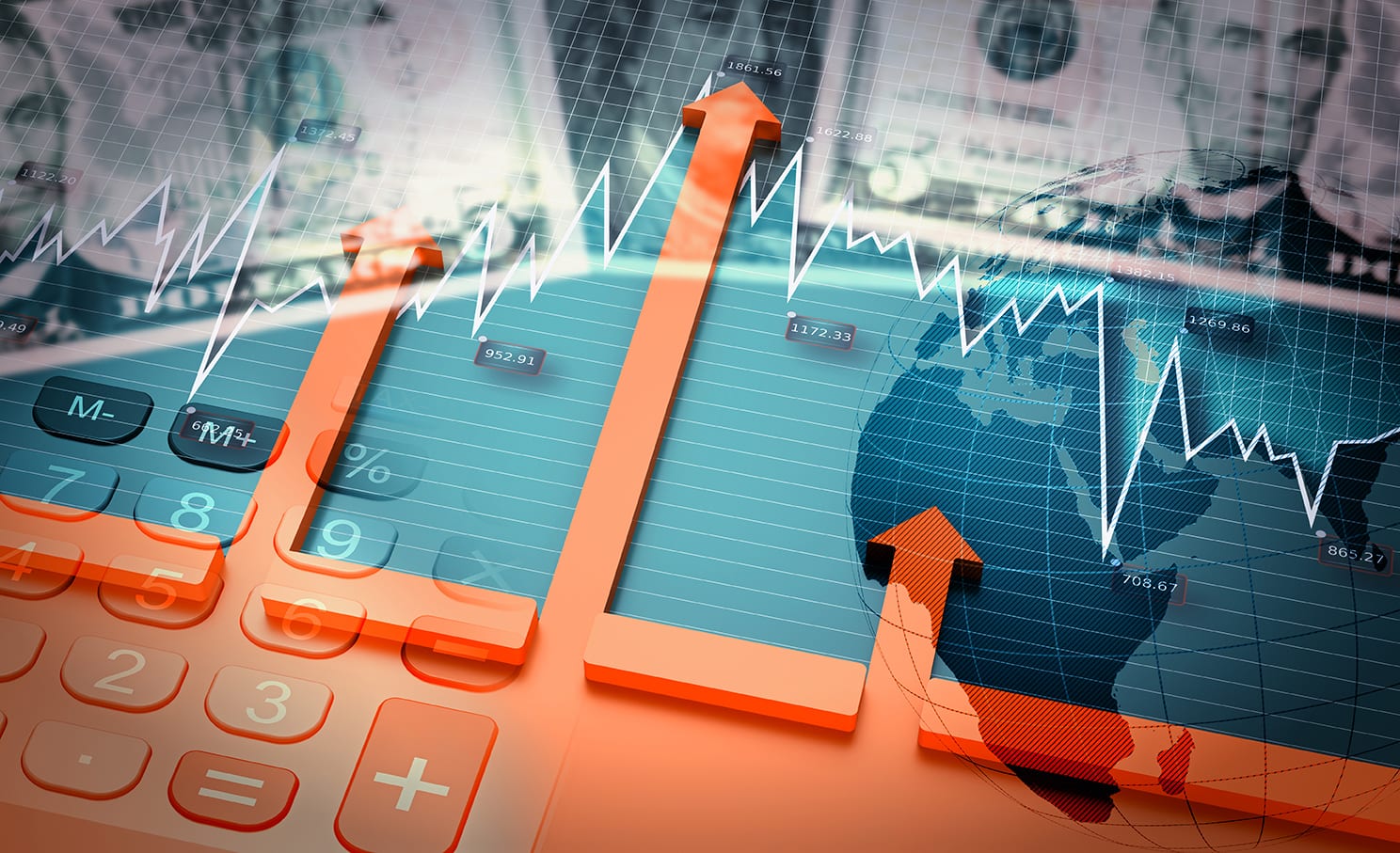 For a number of years, ACA has conducted a survey of senior industry executives to determine how they collectively view the current business climate for our industry and to determine how they believe their firms and the industry will fare over the next year or so.  The fall 2017 survey, like its recent predecessors, found that the industry’s senior leadership holds a relatively optimistic view of both its current situation as well as its prospects over the next year.  If the opinions of the industry’s senior business leaders are on target, the coatings industry should maintain its trajectory of continued growth in 2018.

Economic Backdrop for the ACA Survey

Since ending its sharp decline in 2009, the coatings industry has seen largely unabated growth.  As shown in Figure 1, the overall volume and value of the industry’s output have consistently grown at a roughly 3–4% rate over most of the period following 2010.

The National Association for Business Economics (NABE) compiles a consensus of macroeconomic forecasts from a panel of 50 professional forecasters. The NABE panel’s September 2017 outlook is that GDP will average 2.2% growth in 2017 and 2.4% growth in 2018.1

The steady growth in both volume and value of architectural coatings, in particular, tracks the continuing recovery in construction since 2010, along with relatively steady growth of durable goods manufacturing during the recovery.  Sales of existing homes, one of the major drivers of paint demand, have consistently averaged over 5.2 million units (annualized) for over a year now (as compared with less than 5 million in 2014).  Overall construction spending has risen steadily since its recent low point in January 2011 and has finally exceeded the level it last achieved during the height of the housing boom in early 2006 (Figure 2).

Going forward, overall construction spending growth is expected to remain moderately positive. The most recent National Association of Home Builders (NAHB) forecast for residential construction predicts total housing starts will rise nearly 4% in 2018, to 1.246 million, with single family starts rising, while multifamily starts are forecast to decline in 2018.2  The American Institute of Architects (AIA) Consensus Construction Forecast panel most recent prediction is for slower growth for the construction industry for the remainder of 2017 and through 2018, with overall spending for nonresidential buildings in 2017 projected to be 3.8%, and 3.6% in 2018.3

Similarly, the manufacturing sector, which is the primary driver of demand for OEM coatings, has shown continued strength since reaching its low point at the end of the recession.  Overall durables manufacturing (new orders) has plateaued somewhat in the past year, reflecting a number of factors, including increased imports, but the motor vehicle sector has somewhat maintained its strong recovery from its lows of 2009 (Figure 3).  Dr. Chad Moutray of the National Association of Manufacturers is currently forecasting that manufacturing production will increase 1.7% in 2017 and 1.6% in 2018.  The NABE panel is slightly more optimistic, forecasting that 2017 industrial production growth will be 1.9% in 2017 and 2.3% in 2018.

The ACA annual Economic Climate Survey is intended to capture and share the collective viewpoints of member companies’ senior executives and provide some insights into current and future business experience and expectations. ACA conducted the 2017 survey between September 7–28, 2017. The level of industry participation in this survey has remained relatively strong: in all, 46 ACA member company executives participated this year. For this survey, somewhat more respondents represented supplier members, distributors, and other members than coatings manufacturers, perhaps reflecting continuing industry consolidation.4 Of the participating coatings manufacturers, approximately 62.5% market their products nationally, with the remainder serving regional markets; and the mix of large and small-to-medium companies shows about 44% having sales exceeding $100 million, and about 56% below that line. Supplier and distributor participants were similarly representative, with about 44% reporting sales in excess of $250 million into the coatings market, and the rest having coatings-related sales below that level.

The context in which the 2017 survey was conducted is not only the relatively steady pace of the U.S. macroeconomic recovery since the recession ended in 2009, but also the generally steady growth in coatings demand that the industry has experienced during the past few years. The coatings industry grew 2.3% in volume and 2.6% in value in 2016—Architectural and OEM coatings were up, while the Special Purpose segment was down. The industry is also projected to grow at a 2.6% rate (volume) and 2.8% (value) in 2017.5 The responses to this survey, particularly the projections for future growth, should be seen in the context of a number of years of sustained and solid industry growth.

Overall, the respondents in this year’s survey provided a slightly more upbeat outlook for the industry than they had a year earlier in the 2016 survey.6 This year’s survey saw manufacturers and suppliers7expressing relatively consistent views on current (fall 2017) conditions vs fall 2016, with both coatings manufacturers and suppliers generally expressing positive outlooks. As shown in Figure 4, both manufacturers and suppliers saw things much the same way, although suppliers were slightly more upbeat. Approximately 45% of weighted responses indicated that current conditions were either “better” or “much better” than those experienced a year ago, with almost all the remaining respondents indicating that they were the same as last year—fewer than 5% indicated that they were “worse.”

In addition to asking both coatings manufacturer and supplier respondents to compare overall current economic conditions to those their companies faced one year ago, the survey also asked respondents to look back two years and provide their views as to how they perceived current conditions in comparison to two years ago (2017 vs 2015). As Figure 6 shows, while a large majority of suppliers reported that current conditions have improved over two years ago, half of manufacturers agreed, while half reported conditions were about the same or worse. This outlook is somewhat different than the responses to this question in 2016, in which manufacturers and suppliers answered this question in much the same way.

Companies were also asked to report their company’s current production volumes versus those of a year ago (with suppliers specifically asked to consider only that portion of their output produced for their coatings industry customers). Responses again generally showed solid year-over-year growth, with suppliers expressing a noticeably more positive view on this topic.9 As shown in Figure 7, more than 80% of this year’s supplier respondents reported increases in current production volumes over those of a year ago, while fewer than half of manufacturers reported production growth exceeding 1% during the same timeframe. These manufacturer results were noticeably less positive than the comparable responses in the 2016 survey, in which approximately 60% of manufacturers reported growth in excess of 1% (Figure 8).

Survey respondents were asked to provide their current projections for their company’s sales (both in dollars/value and gallons/volume) for 2018 as compared with 2017. In this year’s survey, while both manufacturers and suppliers predicted sales growth for their own firms over the next year, both supplier and manufacturer views for their companies in 2018 were relatively bullish, with virtually all suppliers seeing their company’s sales growing in 2018, along with the majority of manufacturers (Figure 9). (Note that Figure 10, which shows the comparable projections made by respondents a year ago, is very consistent with the current production levels reported in Figure 7.)

Macroeconomic and other threats to the overall U.S. economy remain a concern to respondents. Suppliers saw a Chinese recession as a major concern, while manufacturers highlighted the risk of an “asset bubble,” while both groups cited the risk posed by a Federal Reserve Board rate hike, along with federal debt levels.

Responses regarding challenges and risks to their own company always provide interesting insight into the respondents’ views about the year ahead. Suppliers and manufacturers were both presented with the same list of such challenges and risks, and interestingly, their perspectives varied a great deal, as demonstrated in Figures 13 and 14. In 2016, manufacturers expressed the highest level of concern about regulatory pressures, but in this year’s survey, raw material pricing was the most frequently cited concern, noted by nearly all respondents. For suppliers, the greatest concern involved supply chain issues, as the largest numbers of respondents cited feedstock shortages and the inability to fill customer orders.10

The survey respondents were asked to provide their outlook for three key markers of coatings demand: new home construction, existing home sales, and commercial property maintenance.  Respondents generally foresee moderate growth (in line with the forecasts noted in the introduction to this article), with two thirds or more seeing growth in the year ahead.

The ACA respondent’s forecast for manufacturing activity was also very similar to consensus forecasts, with the ACA group generally predicting moderate growth in durable goods manufacturing, while the mean forecast for motor vehicle production would indicate that sector will be flat in 2018.

As this survey was fielded, the United States was still trying to evaluate the impact of Hurricanes Harvey and Irma, while Hurricane Maria had not yet struck Puerto Rico.  Respondents were asked to provide their views on the impact of the storms on the industry.

Specifically, respondents were asked whether:

As shown in Figure 17, respondents were most concerned about the impact to the chemical supply chain manufacturing base in Texas, although a large number saw that this will increase demand for architectural coatings in particular.12 Virtually none of the respondents viewed the hurricanes as being likely to have little or no effect on the industry.

The results of this year’s survey appear to show continued positive industry views on current conditions, as well as anticipation of solid growth in the industry, building upon an unbroken string of growth that extends back to 2010.  Coatings demand is highly dependent on construction and real estate mobility, as well as manufacturing, and where those key parts of the economy are headed is critical to the health of the coatings industry. Should the U.S. economy continue its expansion, there is reason to expect that the coatings industry will continue to grow as well.

4 The survey was sent to a select group of senior executives who participate in the Architectural and Industrial Coatings Leadership Councils, and Industry Suppliers Committee, along with other selected members. The survey was conducted online, and all responses to the survey are completely anonymous. Note that since some ACA member companies have more than one representative serving on one of these committees, the number of respondents does not necessarily equate to the number of separate companies represented in this survey. Additional detail is provided in a summary published in the digital edition of this article.

6 As noted, ACA conducted a similar survey of industry executives in 2016, as well as in previous years.

7 Unless otherwise specified, references to “suppliers” in this report also include distributor and other non-manufacturer respondents.

8 In the 2015 survey, roughly 37% of respondents indicated that conditions were “worse” or “much worse.”

10 In this year’s survey, a significant number of manufacturer respondents (63%) reported that one or more raw materials they used were put on allocation or became unavailable, and in some cases, respondents reported that this resulted in inability to fulfill orders or required discontinuation of a product line.

11 Respondents who selected this answer were asked to not select any others.

12One respondent also noted that replacement of flood damaged vehicles would have a positive impact on automotive sales. 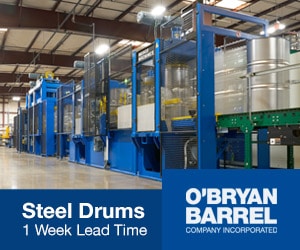 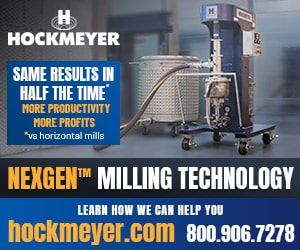