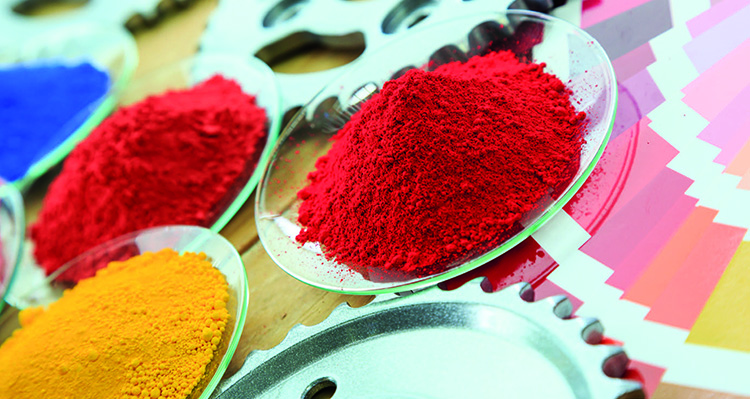 Powder coatings continue to be an attractive technology, primarily due to reduced volatile organic compound (VOC) emissions, ability to recycle overspray, and the exceptional film mechanical properties that can be attained.1 Despite the appeal, there are major drawbacks that need to be resolved for the technology to be effectively substitutable for liquid coatings.

Powder coating is a relatively new technology with significant improvements in the last few decades. The combination of history and a brief review of today’s market demonstrate a need for continued innovation, specifically the need for low temperature cure (LTC) capabilities.

Launch of Thermoset Powder Technology—Innovation and Low VOC Initiatives: Circa 1950–1990

The first thermoset powder coating appeared in the late 1950s based on research work done at Shell Chemicals.2 By the early 1960s, modern extrusion methods were developed, allowing for more reproducible powder coatings.2–4 Within the same year, the development of electrostatic application further solidified powder coating as a viable coating technology.3

These technological advancements later led to increased market growth and subsequently decreased production costs.2 By the 1970s, powder coating prices were starting to be comparable to liquid coating costs. This was due to the solvent price increases following the 1970s energy crisis.2 In addition, during this era, the coatings industry was determined to find innovative technologies to reduce VOCs due to restrictions established by the Clean Air Act.5

Liquid coatings of course continued to dominate the coatings market, but the growth of powder coatings made it evident that that technology was here to stay, as thermoset powder coatings see a growth of nearly 240% during the 1980s.4 Powder coatings were beginning to emerge in several markets by the 1990s, including major appliances, general metal coatings, automotive components, industrial machinery, and metal fabrication.3 However, many of these formulations still required very high bake temperatures, as conventional thermosets require bake temperatures greater than 200 °C.

Continued Growth in a Variety of Markets—Postmillennial

By the mid-2010s, the powder coatings global market was being valued at an estimated $7.15 billion with an annual growth rate of approximately 5–8%.1 By the end of the 2010s, powder coatings held approximately 6% of the total coating market and an even larger percentage of factory-applied coatings.

Despite the high energy costs of these bake systems, the market continues to grow today. Preceding the COVID-19 pandemic, analyses of the total global coatings market projected a 3.9% compound annual growth rate (CAGR) by 2024 and a 5.4% CAGR by 2026, reaching a total estimated value of $15 billion.6

Continue reading in the January-February digital issue of CoatingsTech.

View All Powder Coatings Articles
View All Waterborne Articles
This website uses cookies in order to improve and customize your browsing experience. By continuing, you consent to the use of cookies for analytic and functional purposes, as discussed in the Types of Information Collected section of our Privacy Policy.AcceptRejectPrivacy policy