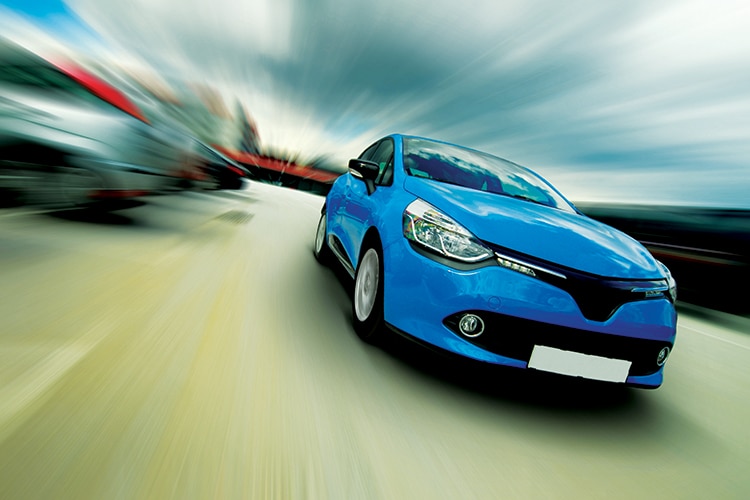 Controlling noise is a challenge faced in many settings, including automotive, aerospace, construction, marine, appliance, and other applications. Noise can be generated via soundwaves (airborne) or vibration (impact).

“While sound ‘dampening’ is used colloquially to refer to anything that reduces noise in the acoustics space, sound ‘damping’ has a more specific meaning: prevention of unwanted noise due to reduction of structural vibration,” says Sudhir Mulik, market manager—industrial coatings North America at Dow.

Liquid-applied, sound-damping coatings comprise a viscoelastic polymer emulsion with mineral fillers and rheology modifiers to produce a high-viscosity, paste-like material that may be easily applied to a substrate.

Three primary technologies are used for damping: bitumen/asphaltic pads, constrained layer dampers, and liquid-applied, sound-damping (LASD) coatings. LASD technology offers advantages over bitumen pads and constrained layer dampers and as a result has been used to reduce noise, vibration, and harshness in appliances and vehicles, and is now emerging as an alternative to sound-dampening materials used in commercial building applications.

In the past, bitumen pads were popular because of their low cost, but they have relatively poor damping performance, according to Mulik. Constrained layer dampers provide better acoustics than bitumen, but are expensive, adds Alex Stepuk, leader of Global LASD Application Development for Dow.

“In both cases, these semi-rigid materials have to be pre-cut in specific dimensions for each application and applied manually, which adds more labor cost and limits their ability to adhere to surfaces with complex geometries or in areas that are difficult to access,” Stepuk says. Bitumen pads, furthermore, are known to release volatile organic compounds and may produce an unwanted odor, Mulik adds.

Liquid-applied, sound-dampening coatings comprise a viscoelastic polymer emulsion with mineral fillers and rheology modifiers to produce a high-viscosity, paste-like material that may be easily applied to a substrate, according to Ian Robertson, LASD Applications R&D lead at Dow.

Upon drying, the coating forms a thick (2-4 mm) layer that acts to dissipate vibrational energy in the substrate; instead of the resonance frequencies creating noise, the vibrational energy is transferred into the coatings’ viscoelastic polymers and then dissipated as heat. The most common technologies used for LASD coatings are waterborne acrylic and liquid rubber. Mulik observes that waterborne solutions are the most broadly adopted due to their low odor, ease of processing, and wide availability.

One of the greatest benefits of LASD technology is its flexibility in application, according to Robertson. “Since the material can be applied via robotic spray, the coating design can be easily tailored for each application area, providing the right amount of damping exactly where it’s needed, including curved or hard-to-reach areas,” he explains.

Complete automation of the coating process also saves time and money and reduces waste. As importantly, the viscoelastic polymer can be tailored to provide required damping efficiency at a range of temperatures and frequencies, depending on the target application. “LASD materials can be designed to work best in the summer heat, the winter cold, or both,” Robertson says.

In the automotive industry, LASD coatings replace carpeting and acoustic ceilings to achieve the reduction of sound vibration. “While bitumen pads have been widely used in the past, the automation trend has made the robotic application of LASD coatings increasingly attractive,” Mulik notes.

He adds that the low density and ease of application allows acoustics engineers at automotive companies to fine-tune the LASD treatment to precisely eliminate unwanted noise with minimum weight, allowing for better fuel economy. “For similar reasons,” Mulik continues, “LASD is gaining popularity for vibration noise reduction in adjacent transportation applications, such as rail, marine, building and construction, and white goods.”

In the construction industry, for instance, sound dampening can be cost prohibitive and as a result is often implemented only to the minimum code requirements. Sound reduction using sound-damping coatings is a much less expensive alternative and can be used on both existing and new construction.

They can be applied with conventional spray equipment by one person, and no special construction materials are required. In addition, like for automotive applications, LASD coatings can be formulated to meet different architectural and design specifications in terms of texture, thickness, etc.

Even with the ability to achieve significant sound reduction in many disparate applications, Mulik believes there are opportunities to further improve LASD technology. First, he notes that typically LASD coatings are only designed for vibrational noise and do not prevent airborne noise because for these problems, each individual application has different sound frequencies and damping is needed at those different frequencies.

Another opportunity is presented by applications for which sound damping is needed at higher temperatures. “Traditional LASD coating performance falls off at higher and lower temperatures, thus coatings with a broader useful application range are desirable,” Mulik says.

He notes that as electric vehicles grow in popularity around the world, new LASD coatings will need to be designed to address the unique challenges presented by battery-operated vehicles, which sound much different than combustion engine vehicles. “LASD technology is continuously developed to meet new trends: new acoustic requirements for electric vehicles, improvement of light-weight benefits, and sustainability requirements,” he says.

Dow offers LASD coatings based on ACOUSTICRYL™ acrylic binders that leverage its AVANSE™ latex-pigment
composite technology. These systems, according to Mulik, offer damping performance that is up to 30% higher than traditional LASD binders, allowing automotive OEMs to better quiet the vehicle or use less coating to achieve the same noise targets, reducing the vehicle weight.

“AVANSE™ LASD also allows formulators to design coatings with a higher fraction of inexpensive mineral filler, reducing the overall cost of the LASD coating,’ he says. The newest generation of AVANSE™ LASD expands the damping temperature range of traditional materials by >40%, ensuring high performance in both summer and winter, Mulik notes.

“These easy-spray coatings serve as effective alternatives to polyurethane foam, asphaltic membranes, constrained layer dampers and other viscoelastic materials across a range of applications—from marine/rail, passenger cars and RVs, to dishwashers and refrigerators, to HVAC units, elevator shafts and more,” Mulik explains.

View All Coatings Xperience Articles
This website uses cookies in order to improve and customize your browsing experience. By continuing, you consent to the use of cookies for analytic and functional purposes, as discussed in the Types of Information Collected section of our Privacy Policy.AcceptRejectPrivacy policy