All Signs Point to More M&A in Paints and Coatings 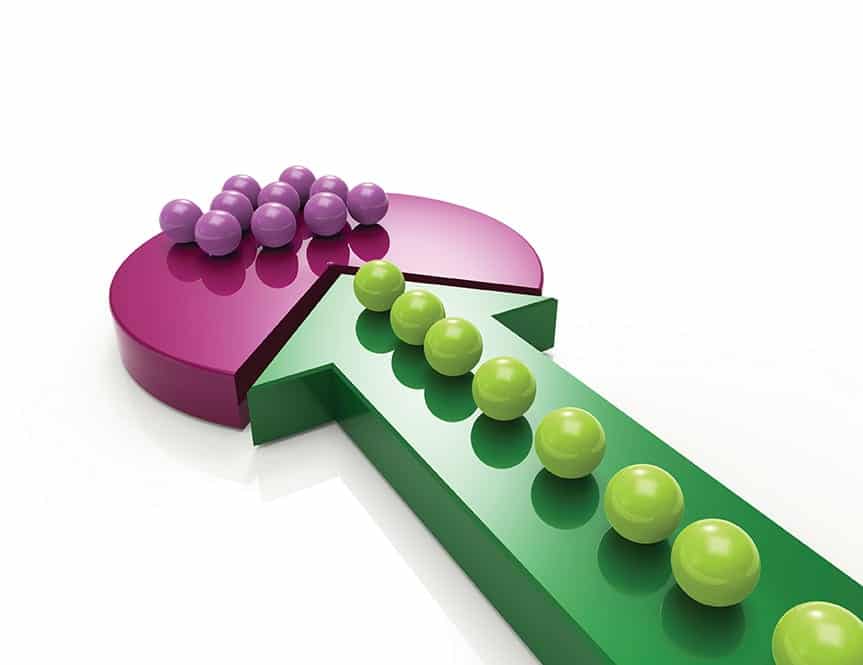 Despite being a seller’s market, the high level of merger and acquisition (M&A) activity in the paint and coatings industry is expected to continue and potentially even pick up slightly. Healthy but mature end-use markets are a key driver of activity in 2017, according to Andy Hinz, managing director with Grace Matthews.

It is a seller’s market in the coatings industry, with both strategic and private equity (PE) buyers aggressively pursuing targets and driving up valuations, particularly for higher-quality companies. “Most of the major players—the biggest companies—are largely operating in mature markets with nominal underlying growth. They have limited mechanisms for achieving growth and meeting the high expectations of their investors, and growth through acquisition is one lever they can pull,” Hinz notes. Strategic buyers making smart purchases can gain significant synergies through acquisitions, such as savings on raw material costs due to greater pricing power and reduced operational expenses. In fact, many of the press releases issued by companies making acquisitions cite savings through synergies as an important consideration in the transaction.

M&A activity has been strong and steady over the last couple of years, with most deals qualifying as smaller, bolt-on acquisitions that tend to be easy to integrate and readily generate substantial synergies, according to Hinz. Deals typically also involve the addition of new capabilities—complementary products to expand portfolios, new technologies, and/or an expanded geographical reach. Hinz notes that over 50% of the deals made by U.S. firms have involved the purchase of companies in non-U.S. markets. “This statistic speaks to the high level of consolidation in some sectors of the paint and coatings industry (i.e., architectural and industrial coatings), but also the interest of companies in establishing strong positions in emerging markets where higher growth rates are anticipated,” he observes.

If the proposed bills pass, it is reasonable to expect that paint manufacturers will see a boost to their businesses over the next 12–18 months

While there have not been any real changes in the level of M&A deals taking place, Hinz believes that there may be a slight increase in activity over the next couple of years. “The high valuations we are seeing today can be a strong incentive for owners who have been contemplating the sale of their business to take the final step and put their firms on the market,” says Hinz. “In essence, the activity we have been seeing for the past few years may well drive even more activity in the next year or two.”

The pro-business stance of the Trump administration and its announcements of infrastructure spending will also play a role in the M&A environment in 2017 and 2018. Many paint company products are used in general infrastructure projects, from industrial maintenance to highway and bridge repair to building construction. If the proposed bills pass, it is reasonable to expect that paint manufacturers will see a boost to their businesses over the next 12–18 months, according to Hinz. “In addition, executives at paint formulators have expressed to Grace Matthews their belief that a reduction of the environmental regulatory burden as discussed by the Trump administration could create opportunities for greater performance, which could make many companies even more attractive targets for acquisition,” he notes. Furthermore, favorable tax law changes (e.g., capital gains) may lead more private company owners to consider a sale.

It is unlikely, however, that any deals on the scale of that between The Sherwin-Williams Company and Valspar will be seen in the coming years. “Looking at the overall market, it is clear that Sherwin-Williams was the only major paint and coatings manufacturer that could have purchased Valspar due to antitrust issues,” Hinz notes. Going forward, he sees more of the same type of activity that has dominated the M&A scene in recent years—small and mid-sized bolt-on acquisitions designed to gain access to geographies, technologies, expanded product portfolios, and cost savings through synergies.

With respect to the Valspar deal, Hinz does note that the purchase will bring Sherwin-Williams in more direct competition with PPG and AkzoNobel in the non-architectural segments [automotive, industrial, and specialty (marine, aerospace, etc.)]. In addition, in the architectural space, the three companies (PPG, AkzoNobel, and Sherwin-Williams/Valspar) will account for a large percentage of the market. However, Hinz believes smaller players do have opportunities. “Smaller firms that are innovative and responsive can effectively differentiate themselves from the majors through the introduction of novel products and technologies and high levels of customer service—and even thrive doing so,” he explains.

One other recent deal worth noting is the merger of Dunn-Edwards Corporation with Japanese company Nippon Paint Holdings Co., Ltd. Nippon Paint will maintain the Dunn-Edwards brand, and the company will continue to operate with its existing culture. It will also benefit from the deep resources of a global player, which make it more competitive with the likes of PPG and Sherwin-Williams. Nippon Paint in return has an avenue for achieving growth in the United States. “This solution for Dunn-Edwards is an interesting one,” Hinz says. “It allows the company to keep its current business model but with significant financial backing to support growth.”

The outlook for 2017 is very positive. The new administration seems inclined to take actions that will benefit paint and coatings manufacturers. “It will be interesting to see how things actually play out throughout 2017 and beyond,” Hinz comments. He does raise one notable question: “How long can the high valuations be sustained?” Valuation multiples are currently near multi-year highs, according to Hinz. Another issue: finding quality deals. There are not very many companies with greater than $100 million in sales, or even with sales between $50–$100 million. Most of those that are real targets have sales of less than $50 million, and although there are some high quality companies out there, the numbers are somewhat limited because many have already been acquired over the last several years.

In fact, this situation has, to some degree, limited PE activity in the coatings sector. “PE firms typically operate by first acquiring a platform company of decent size, then building out through smaller, bolt-on acquisitions. The lack of available companies that can serve as platform organizations has meant that most PE activity is being conducted by firms that are building out existing platforms,” says Hinz. PE firms are also challenged by the competition from large strategic buyers, which are often willing to pay more for high quality assets.

One thing to consider going forward is the expected rise in oil prices. Lower crude prices in recent years have contributed to lower raw material costs and higher profitability for many paint and coating manufacturers—which may have contributed somewhat to higher valuations. With oil prices increasing, it is likely that some raw material suppliers will pass those increases on to the paint formulators, who can either pass them on to their customers or accept reduced margins. “While this issue is not likely to be a major factor influencing M&A activity in 2017, people are attuned to the trend, and it should be taken into consideration,” Hinz notes. 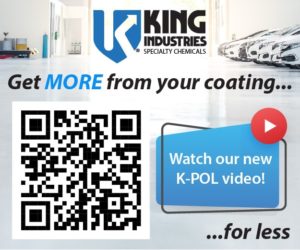