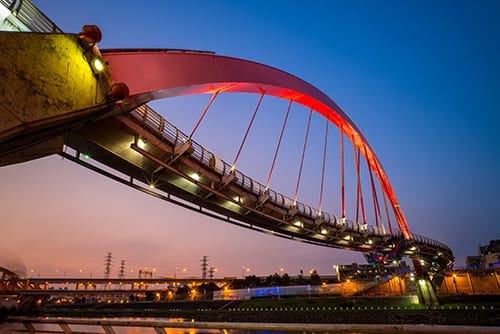 By Jeffrey H. Danneman, Reichhold, USA Alkyd polymers provided as a latex are a recent and commercially viable alternative to the more traditional solutions in organic solvents. Replacing the organic solvent with water provides coatings that have exceptionally low volatile organic compounds (VOCs) while maintaining the traditional benefits of alkyds including high gloss, adhesion, and—as is the subject of this paper—very high pigment loading capacity. Reichhold has previously presented research describing the polymer design and coating formulation of alkyd latex direct-to-metal primers. In a continuation of that research, we explore the pigment binding capacity of alkyd latex polymer performance as measured by both wet-cup and dry-cup permeability and with electrical conductance. These techniques clearly define the critical point for several extender pigment combinations and are used to maximize corrosion and humidity resistance in metal primer formulations with a reduced pigment volume concentration (PVC) approaching 82%. In highly filled traffic paint formulations where the reduced PVC may reach 90%, these techniques are used to compare alkyd and acrylic latex polymers, with the data further demonstrating the exceptional pigment binding capacity of the alkyd.

In a seminal paper, Asbeck and Van Loo1 described the importance of pigment volume concentration (PVC) on many of the performance aspects of coatings. These include color, gloss, and as studied in this work, corrosion and humidity resistance. While PVC is of fundamental importance, it is the ratio of coating PVC to the critical pigment volume concentration, PVC/CPVC, referred to as the reduced pigment volume concentration and denoted as λ, that is the parameter of most interest in highly filled films.2,3 CPVC is directly related to the oil absorption of the pigments utilized in the coating and this relationship may be used to calculate an empirical CPVC.4 The calculation is simple and with today’s coatings software the value of λ may be displayed among the coating physical properties on the computer screen as the formulator considers variations in composition. This empirical value is subject to some inherent error. Oil absorption values are determined for pigments dispersed at closest (tetrahedral) packing, while in paint films, pigment is packed in a random configuration that includes the more widely spaced cubic packing. Further, oil absorption is derived for individual pigments; the calculation cannot allow for packing of pigments of dissimilar size. With sufficient knowledge of the pigment particle size distribution a pigment packing factor can be calculated. However, obtaining this information can be problematic and the associated mathematics become cumbersome.5,6 Finally, a spatula rub-up oil absorption determination (itself subject to considerable error) wets the particles with a thin film of low molecular weight linseed oil. In formulated coatings the spacing between pigments is influenced by the considerably higher molecular weight of synthetic polymers and/or latex particles. It is this aspect of pigment packing and its influence on PVC/CPVC that is a key difference between solution and traditional latex polymers. As a general rule, the Tg and particle size of a vinyl, (meth) acrylic, styrene, or other emulsion polymer are determining factors in the film former’s ability to allow close pigment packing. High Tg particles cannot deform readily to allow close pigment packing. Similarly, large latex particles do not allow for the pigment packing density of smaller particles. That these polymers are essentially solid at room temperature is a key consideration in this lack of deformability. A binder index or latex binder efficiency factor4 describes this relationship as CPVC actual/CPVC calculated. This index is always less than 1.0; values in the range of 0.70 are common for architectural lattices. Alkyd latex polymers have a Tg of 0–4°C and a minimum film forming temperature at or below 1°C. These polymers are liquid at room temperature and build Tg and molecular weight post-application through auto-oxidation reactions with molecular oxygen. This liquid state allows considerable deformation in response to the osmotic pressures associated with film formation. The literature is rife with methods to determine the CPVC for a given coating composition. Measurement of pore volume via very low angle microtome sampling and fluorescence microscopy is described by Wang et al.7 Tensile strength measured on free films as well as changes in color and gloss are also possibilities, but each of these determinations requires considerable time and effort. An expedient and practical method is described by Asbeck that takes advantage of the porosity of films above CPVC and is preferred for this work.8 This film porosity method is referred to as a salt-water spot test in this article. The CPVC is a function of the property being measured and thus the critical point for corrosion resistance may not be the same as the CPVC for fracture strength, hiding power, permeability or other parameters.9

Two alkyd latex polymers were used for the majority of this work. Polymer A was specifically designed for use in direct-to-metal primers. Development of this polymer and the associated paint formulations was described previously.10 The key performance attributes for Polymer A were wet adhesion to metal and stability in the presence of anticorrosive pigments. Polymer B was specifically designed for road markings; its development was detailed by Dziczkowski at the American Coatings Conference in 2014.11 A key performance attribute of Polymer B was sufficient shear stability to tolerate addition into a pigment grind and subsequent processing in high-speed dispersion equipment. Polymer A was formulated as a metal primer as shown in the generic Formulation 1. Pigment substitutions were made on an oil-absorption basis to arrive at the desired λ value for each experimental series. Dispersant/surfactant levels were adjusted for each formulation based on the total pigment surface area. Each formulation was adjusted to ca. 41% volume solids. The use level of an associative thickener was varied as needed to produce finished coatings with a viscosity of approximately 90 KU. Where used, styrene-acrylic direct-to-metal latex polymers were substituted on a weight solids basis and the appropriate coalescing solvent(s) were added. Note that when using even the lower Tg styrene-acrylic latex, the coating VOC exceeded the 100 g/L limit for rust-preventative coatings set by the South Coast Air Quality Management District (SCAQMD). Polymer B was formulated into white road marking paint per Federal Specification TT-P-1952 E. This formulation, Formulation 2, used one pound of TiO2 per gallon and the required loading of calcium carbonate to achieve the specified 60% pigment by weight. The coating was 60% volume solids and was formulated with a blend of methanol and water for a maximum VOC of 150 g/L. The specification allows for the coalescent required for pure acrylic latex polymers as part of the VOC, but this was replaced with water in the model formulation as alkyd latexes do not require film-forming aids. Note the formulated VOC of 75 g/L. Metal primers were evaluated using films of nominal 37.5 µm thickness applied to cold-rolled steel panels. Films were air dried for seven days prior to testing. Exposure to salt fog was per ASTM B117 and exposure to humidity was per ASTM D 1735. The ratings for degree of blistering and scribe creep were per ASTM standards. Permeability was carried out in triplicate with cups of 25 cm2 using free films of nominal 87.5 µm (3.5 mils) thickness measured prior to testing. Per ASTM 1653 protocol, films were applied as two coats to release paper. Exposure was done in a walk-in chamber maintained at nominal 25°C and 50% RH. Most of this work utilized the wet-cup method with 10 ml of water placed in the cup below the film. Testing films at equilibrium against the 100% relative humidity environment afforded by the wet-cup method was considered more representative for evaluating films to be used in metal protection. Data reported in the tables was for this wet-cup method unless otherwise noted. For comparative purposes some films were tested using the dry-cup method; desiccant was placed in the cup below the film to allow equilibration at 50% relative humidity from the test chamber. Given the consistent dry film thickness utilized in these studies, the data was reported as mg of water lost/hour; this is denoted as “perms” for simplicity in the text. As noted previously, the fast method of Asbeck was one method used to determine if a given pigmentation exceeded CPVC. In this test, the film was applied to the lower half of a steel panel and allowed to dry. A spot of 3% salt water was placed on the film and the electrical resistance was measured through the film. Films above CPVC will rapidly absorb salt water and the resistance will drop by several decades in a matter of minutes while films below CPVC will maintain much of their near-infinite resistance for extended periods of time. A standard volt-ohm meter with 1.5 VDC potential was used for resistance measurements between the film and the uncoated area of the panel.

The relationship between PVC and CPVC is dependent on both the binder and pigments. The fluidity of the binder is a key factor in discussions of influence on CPVC with viscosity and molecular weight being the critical parameters. The data presented demonstrate that the liquid, or fluid, nature of alkyd binders allows for higher pigment loading than their extremely high viscosity acrylic counterparts. This pigment binding ability is not compromised when the alkyd is supplied as a surfactant stabilized latex rather than as a solution in solvent. The critical point for alkyd latex polymers can be determined by any of the classic measures.