A New Approach to Corrosion Protection 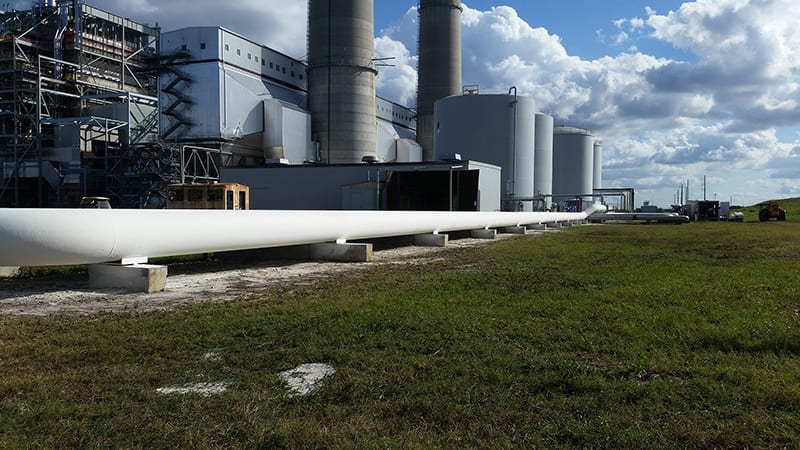 Corrosion is an ongoing problem for applications where carbon steel and other metals are exposed to harsh conditions. According to the World Corrosion Organization, global costs associated with lost production time and the repair/replacement of components due to corrosion add up to more than 3% of the world’s GDP, or just over $2 billion each year.

These costs occur despite increasing recognition of the problems posed by corrosion and even though many companies and governments have adopted new approaches that emphasize corrosion prevention. Stainless steel is much more corrosion-resistant than carbon steel, but also more costly. Fiberglass and other corrosion-resistant composite materials are also finding use as replacements for steel and other metals, but they are not suitable materials for all applications. Protective coatings containing sacrificial zinc metal and others that act as barriers to moisture, oxygen, and salts are widely used as economical solutions. These coatings are typically based on epoxy or polyurethane resins. More expensive, higher-performing silicone and fluorinated polymers are also used for very demanding applications.

“The tough, outside ceramic coating will not chip like paint
and takes sandblasting to remove. The chemically bonded layer stops corrosion and will not allow corrosion promoters to spread.”

Barrier coatings, however, are only effective as long as they do not develop pinholes, cracks, or chips. Water and oxygen can pass through very small defects. The barrier coatings can then actually trap these reactive agents near the metal surface and allow corrosion to occur, according to Bobby Hobbs, a job foreman with DC Metal Construction, a privately owned company specializing in steel construction and industrial plant building projects. Generally, the damage is not visible until a significant level of corrosion has already occurred. Organic coatings also do not have high-temperature resistance.

Ceramic coatings are attracting attention as alternatives to traditional epoxy and polyurethane systems. DC Metal Construction, for instance, uses an inorganic protective coating alternative based on chemically bonded phosphate ceramics (CBPCs) that was developed by the Raleigh, NC-based company, EonCoat. Unlike polymer-based coatings that adhere to the metal surface through nonreactive interactions, CBPCs chemically react with the metal substrate to form an alloy layer composed of stable oxides on the metal surface.

“Because this layer is chemically bonded to the surface, there is no gap between the steel and the coating, which has been confirmed using scanning electron microscopy,” says Hobbs. As a result, moisture and oxygen cannot penetrate to the metal substrate. Hobbs adds that the outer ceramic layer is tougher and more resistant to damage than polymer-based coatings. It is specifically resistant to fire, water, abrasion, chemicals, and temperatures up to 400°F. In addition, if the alloy layer is damaged, corrosion can only occur at the site of the damage because migration is prevented due to the stability of the oxides in the layer. “Unlike traditional methods, the corrosion-resistant CBPC coatings for mild steel have a double layer of protection,” says Hobbs. “The tough, outside ceramic coating will not chip like paint and takes sandblasting to remove. The chemically bonded layer stops corrosion and will not allow corrosion promoters to spread.” 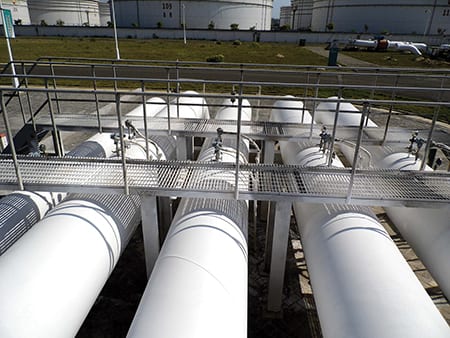 The EonCoat formulation is 100% solids, water-based, nontoxic, nonflammable, odorless, and has zero volatile organic compounds (VOCs) and hazardous air pollutants (HAPs). It can be applied at temperatures ranging from 40–120°F and humidities of 30–95% at a minimum thickness of 20 mils, with no upper limit. A coating applied at a thickness of 20 mils dries to the touch in 2–50 minutes, can be returned to service in approximately one hour and is fully cured within about 24 hours depending on the temperature and humidity. Acrylic, epoxy, and polysiloxane coatings have all been used as topcoats for the ceramic CBPC coating. EonCoat conducts training and certification for all applicators, which is typically completed in one day.

The much quicker return to service than is observed for conventional epoxy and polyurethane coatings is an additional advantage of the EonCoat technology, as is the fact that CBPC coatings contain no VOCs, HAPs, or odor issues, according to Hobbs. “The CBPC coating is applied in one coat using a plural component spray system similar to those used to apply polyurethane foam or polyurea coatings. The two ingredients react rapidly forsufficient curing in one day. Epoxy and PU coatings can take days or weeks, particularly for coating systems that require a primer, basecoat, and topcoat,” he explains.

DC Metal Construction has used EonCoat on the interiors of several mild steel equalization tanks, a clarifier tank, and on other tanks at large wastewater treatment facilities. “Wastewater can be very corrosive to mild steel and traditional barrier coatings cannot reliably withstand it,” Hobbs notes.

Over the last six years, the company has not observed any corrosion issues, according to Hobbs. “We have had no corrosion issues, and no need for patching. From the results we are getting, I believe the corrosion-resistant coating can add decades of low-maintenance, usable life to carbon steel tanks and other structures,” he says. Based on the performance of EonCoat to date, Hobbs expects CBPC coatings to protect against corrosion just as effectively for oil tanks, natural gas pipelines, petrochemical plants, and other industrial facilities.