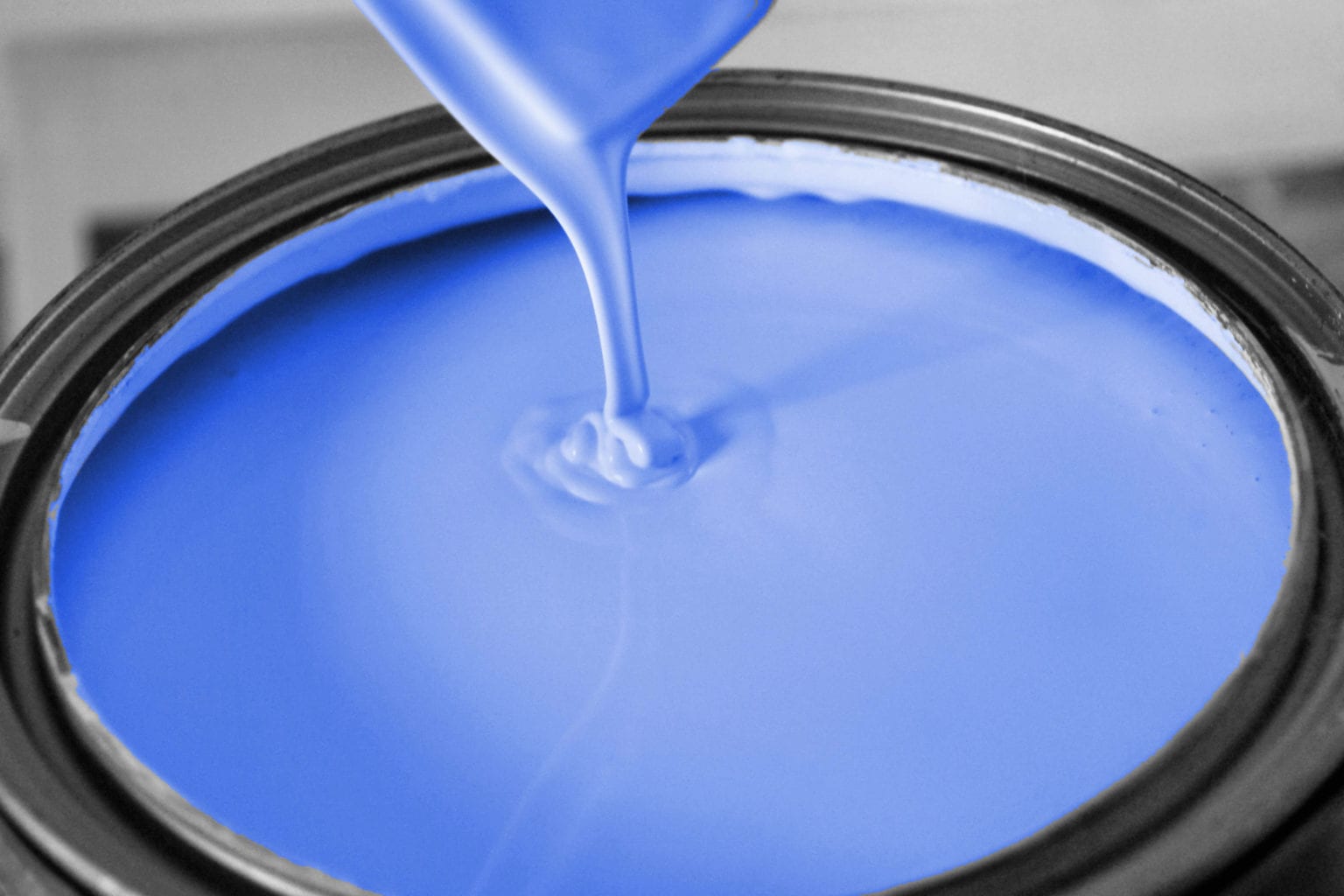 Part 1 (CoatingsTech, May 2018, p.60) introduced Hansen Solubility Parameters (HSP) and their theoretical basis. Part 2 (CoatingsTech, July 2018, p.76) was concerned with sources for HSP data along with information on applications. Besides being helpful in designing paint formulations, solubility parameters can be very useful in solving problems. This article presents several examples.

One problem involved a heavy-duty maintenance (HDM) coating that gave off-spec colors on application after a new tint system had been introduced. For example, a coating designed to be a medium blue ended up lighter than specified. Formulation changes resulted in no change or a darker (bluer) than spec shade. Rub-ups pointed to white pigment (TiO2) particles floating to the surface in the first case, phthalo blue float in the second. The defect called floating is a consequence of convective flow, which is influenced by surface tension along with pigment density, particle size, and degree of flocculation. We tried a wetting agent and several other additives known to reduce convective flow. Whatever we did seemed to cause one of the pigments to flocculate and allowed the other one to come to the surface. Eventually, someone wondered whether solvents in the tint or the various bases might be stripping some or all the dispersing resin used in the new tint system from the pigment particles, thus destabilizing the dispersions. The next question was—how can we measure that? One way to investigate it was to look at solubility parameters of the dispersing resin and those of both the tint solvent (current and previous) and the solvents in the bases being tinted. We measured the HSPs of the dispersing resin the old-fashioned tedious way noted in Part 2, but already had the numbers for the solvents. The HSPs for the dispersing resin were dD = 20.5, dP = 10.0, and dH = 11.0 (units in MPa½), with a sphere radius of 14.1. The solvents in the new and old tints, along with their distances from the center of the solubility sphere for the dispersing resin, were: new: 2-ethoxyethylacetate, distance = 10.5; old: 1-butoxy -2-propanol, distance = 11.8. That may not seem to be much of a difference. However, adding one part of Rule 66 mineral spirits (distance from the center = 18.3) to three parts of the new solvent gave 11.9 and, more importantly, the correct paint color was obtained. The various bases gave even higher numbers. Simulation of the drying of tinted bases and solvent evaporation from the tint (which could happen on storage or in use) both showed a slight enrichment of the mineral spirits. This was an advantage as neither mixture would become a better solvent for the dispersing resin.

HSPs also have been used to try to understand incompatibilities between paint formulations and components or additives. I recall one example involving a waterborne can varnish that needed to be completely clear but tended to be cloudy or even had small seed-like particles. There were multiple resins (one that contained wax) and three melamines in the formula. The wax was an early suspect, but the problem occurred whether it was present or not. We had HSP data on some of the components and measured those for the others. All of them had very similar dD values and all but one had dP values between 8.6 and 14.5 and dH values between 6.5 and 13.4. The outlier was a butylated melamine that had dP and dH values of 2.0 and 4.1, respectively. Use of a computer program to simulate resin solubility in individual solvents and in the total solvent blend using HSP values indicated incompatibility/nonsolubility of the butylated melamine in the solvent blend and in water. Other evidence for lack of compatibility included optical microscopy of formulas with and without the butylated melamine, which showed that it could be dispersed, but not dissolved. The most damning evidence was that the defects did not occur when that melamine was absent.

Epoxies often are used as additives to improve adhesion, but sometimes have solubility characteristics such that they are not soluble in the solvents used for the other resins. The epoxy then may be present as particles or droplets that can give craters or seed-like defects. Use of low surface tension solvents and high speed stirring on addition of the epoxy may produce a sufficiently fine dispersion. If not, either a different epoxy will be needed, or it will be necessary to redesign the solvent package so that the epoxy is dissolved. HSPs have been useful for accomplishing the latter.

In the development of automotive color plus clear coatings, some strange, mostly ugly appearance effects were seen. From microscopy of cross sections of panels, it showed that the wet clearcoats were attacking the uncured basecoats, producing wavy interfaces. This would seem to have been a good application for HSPs, but most changes were based on trial and error. One customer asked for solubility parameter work to be done but wanted us to compare numbers that were summations of all three HSPs, harkening back to the Hildebrand SPs described in Part 1 of this series. We calculated resin parameters from contributions of their chemical groups and already had values for all the solvents involved. This work did show that there was an advantage in maximizing the difference in this overall SP between the clearcoat and basecoat resins. In theory, it should have been possible to vary the paint solvent SPs to augment this, but solvent changes that were practical had little effect on total SPs. It turned out that changing basecoat solvents based on evaporation rates had a much greater effect. It was important to have the highest basecoat solids possible after application and flash. This provided a surface that was resistant to clearcoat attack.