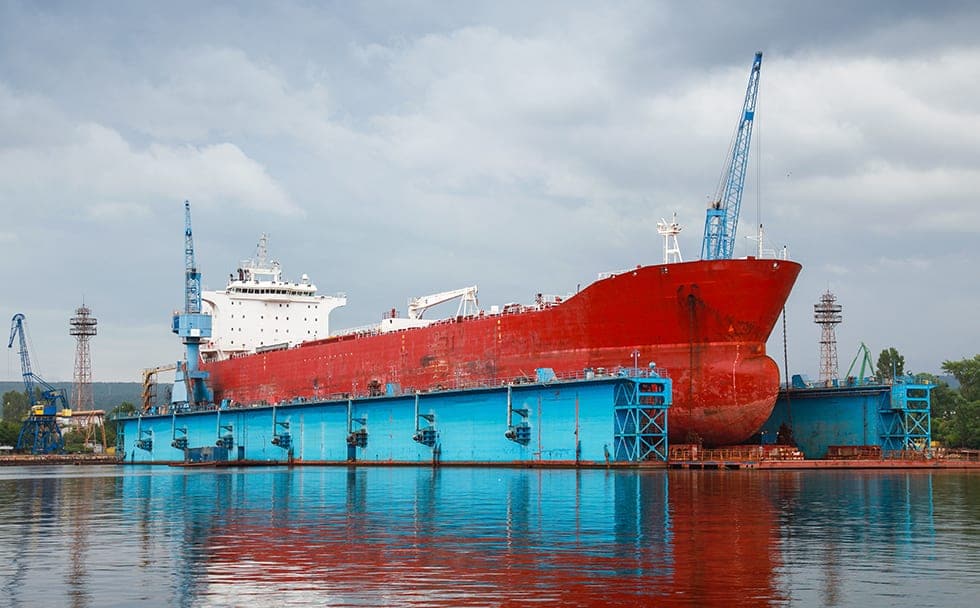 Biofouling on large vessels, including commercial shipping tankers and naval vessels, carries substantial costs, largely due to an increase in the quantity of fuel that must be consumed to overcome the frictional drag caused by the presence of organisms on ship hulls. Additional costs arise from the need to place the vessels in dry dock for cleaning and repainting. In a 2011 report, MP Schultz and colleagues in the Department of Naval Architecture and Ocean Engineering at the United States Naval Academy (Annapolis, MD) estimated overall cost associated with hull fouling for the Navy’s coating, cleaning, and fouling level in 2011 to be $56 million for the entire DDG-51 class of naval vessels, or $1 billion over 15 years (Biofouling, 2011 Jan; 27(1):87–98. doi: 10.1080/08927014.2010.542809). Many paint companies have been investing in R&D efforts to develop cost-effective, environmentally compatible solutions for this problem. Traditional biofouling solutions have included the use of biocides, which use toxins to kill organisms that try to attach to the hull. More recent coatings based on silcone and fluoropolymer technology provide ships hulls with very low surface tension, which prevents organisms from attaching. Evonik recently developed a new class of raw materials for coatings that makes ship hulls “invisible” to microorganisms.

Estimated overall cost associated with hull fouling for the Navy’s coating, cleaning, and fouling level in 2011 to be $56 million for the entire DDG-51 class of naval vessels, or $1 billion over 15 years.

Once microorganisms, most often marine crustaceans such as barnacles and tubeworms, settle on the walls of a ship, the originally smooth surface becomes rough. In addition, a ship can add barnacle weight at 150 kgs per square meter in as little as six months, according to Office of Naval Research (ONR) within the U.S. Navy. The increased weight and greater frictional resistance due to surface roughness leads to a decrease in the speed of the vessel, which must be overcome by burning more fuel. The Naval Surface Warfare Center, Carderock, estimates that vessel speed is reduced by up to 10% from biofouling, which can require up to a 40% increase in fuel consumption to counter the added drag. Importantly, marine transport accounts for approximately 90% of global freight forwarding, according to Evonik. The International Maritime Organization estimates that annual biofouling costs lie in the billion-dollar range. Economic losses are not the only negative impact of biofouling, however.  Increased fuel consumption by ocean-going vessels results in more carbon dioxide (CO2) emissions by these ships.

To address this problem, the ONR has developed the Sharklet™ coating in partnership with researchers at the University of Florida. This coating mimics the inherent texture and antimicrobial properties of shark skin. In cooperation with scientists at the University of Washington, they have also developed a coating that incorporates zwitterionic, or mixed charge compounds, to manipulate surface environments at the molecular level to prevent proteins from binding to the ship’s surface. “By reducing microorganism build-up, both coatings stand to substantially improve ship performance and fuel efficiency while dramatically cutting fuel and maintenance costs. These coatings may also reduce the transport of invasive species via ship hulls and eliminate the discharge of biocides into surrounding environments,” says an ONR spokesperson. The ONR-funded marine biofouling prevention technologies have an added feature: they have been shown to also inhibit the growth of disease-causing bacteria. As a result, these coatings might have applications in the design of medical devices or hygienic surfaces found in hospitals and food preparation areas. 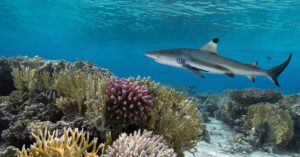 Evonik is tackling this issue by bundling the expertise of all its technology platforms at the new Smart Surface Solutions Competence Center, where scientists seek to find new solutions related to anti-icing coatings, anti-corrosion coatings, anti-microbial coatings, and dirt-repellent surfaces, in addition to marine biofouling, according to Stefan Silber, head of Innovation Management Coating Additives in Evonik’s Resource Efficiency Segment. “Biofouling is one of the last unsolved problems in the coatings industry. Until recently, we had not succeeded in finding the optimal solution for ship coatings that is both efficient and eco-friendly. That is why antifouling coatings are a core topic for us,” he says. The Resource Efficiency segment supplies high-performance materials for environmentally friendly and energy-efficient systems to the automotive, paints and coatings, adhesives, construction, and many other industries, according to the company.

One new raw material concept for biofouling coatings under development by Evonik combines water-repellent (hydrophobic) silicones with water-loving (hydrophilic) polymers to form amphiphilic polymers with alternating hydrophilic and hydrophobic domains, according to Silber. The coatings, as a result, trick microorganisms into perceiving plain water in front of them, rather than ship hulls, and therefore the organisms often do not attempt to settle on the walls. “The hydrophilic domains attract water to the ship’s hull, building a layer of water around the polymers, camouflaging the hull from the organisms,” Silber explains. “The alternation of the hydrophilic domains with the water-repellent domains further confuses the organisms, preventing them from being able to clearly recognize the surface and distinguish the hull unambiguously from the surrounding sea water,” he adds. As a result of this uncertainty, microorganisms usually stay away from the coated hulls altogether.

The coating also has properties that make it difficult for microorganisms that are not tricked to settle on ship hulls. The hydrophobic, silicone-based portions of the block polymers have very low surface tension, imparting a smooth, easy-to-clean surface with anti-adhesion properties, according to Silber. “The organisms cannot readily adhere to the hull, and the few that do succeed should be dislodged by the water stream, even at low ship speeds,” he observes. Silber adds that the new coating technology is attractive because it protects ships against biofouling without directly attacking the organisms or releasing any active agents into the water.

Field tests conducted by Evonik under real conditions have demonstrated the basic efficacy of the new hybrid binder system, according to Silber. The company is currently working with customers to formulate coatings based on the new resins. Further work is ongoing to reduce the frequency at which the coatings must be reapplied in order to reduce maintenance costs.