Coatings Participate in the Superconducting Realm 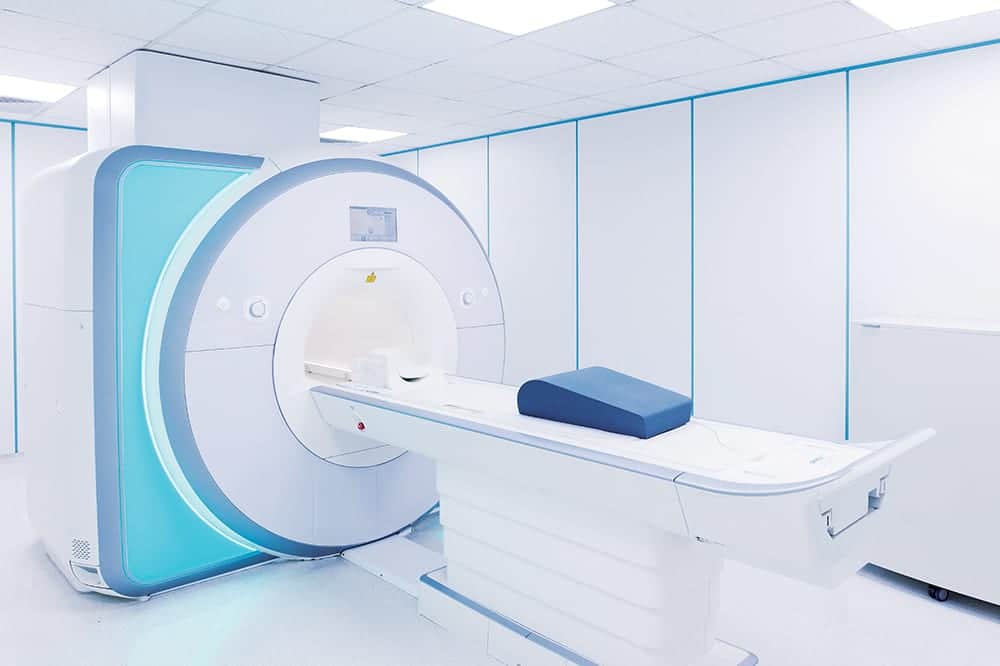 The ability of materials to conduct electricity is affected by temperature. When the temperature approaches absolute zero (–273°C), many materials—from metals to ceramics to carbon nanotubes—conduct electricity with no resistance, thus becoming superconductors. In these materials, electrons pair up and travel effortlessly, avoiding interactions with single electrons and other obstacles in circuits. Superconductors are attractive because they can be used to generate large magnetic fields, and superconducting magnets find use in everything from magnetic resonance imaging (MRI) machines to the detectors in supercolliders. The key challenge to their widespread use is the need to maintain the temperature at approximately –173°C (100 Kelvin) or lower, depending on the material. If a room-temperature superconductor could be identified, levitating trains and hoverboards could be possible.

Wires with the new coating have a cross-section containing just 10% insulation, a fivefold reduction of conventional superconducting wires, and they exhibit double the magnetic strength.

Special ceramic insulating coatings for Bi-2212 (Bi2Sr2CaCu2O8−x) high-temperature superconducting round wire2 were developed by the National MagLab to enable the wire to be used in ultra-high field nuclear magnetic resonance magnets. Bi-2212 is important because it can be used in magnets that produce very strong magnetic fields. The coating was designed to withstand a temperature of 900°C, the temperature at which Bi-2212 undergoes heat treatment. This temperature would cause conventional polymer-based insulations to melt.

In a recent development, researchers at Florida State University discovered that the use of semiconducting or resistive coatings3 instead of insulating coatings results in the elimination of the need for expensive and complicated quench protection systems. This results in less expensive electromagnets with faster ramping times and reduced eddy current losses during field changes.

Superconducting magnets also have the potential to make fusion power possible.  Researchers at MIT and the private company Commonwealth Fusion Systems are using a new material—a steel tape coated with the superconducting compound yttrium-barium-copper oxide (YBCO)—to create the world’s most powerful superconducting magnets.4 Their goal—and one that scientists have been working on since the 1940s—is to develop a fusion reactor. One of the most promising designs being considered is a tokamak, a chamber that uses powerful magnets to create a magnetic field to confine hot plasma produced by nuclear fusion. MIT is hoping to build a compact tokamak, called SPARC, capable of generating 100 megawatts of heat. This could serve as significant step towards achieving a full-scale fusion reactor.

In some cases, the coatings themselves can act as superconductors. Thin, high-temperature superconducting films are used in a wide range of electronic devices used in physical experiments, such as fault current limiters, SQUIDs (superconducting quantum interference devices), and magnetic traps for cold atoms. Researchers at Saarland University and the Leibniz Institute for New Materials produced an ultrathin, flexible film5 from superconducting Bi-2212 nanowires that at approximately –200°C can conduct electricity without loss, levitate magnets, and screen magnetic fields. The lightweight nature and flexibility of the ultrathin films are attractive, because most conventional superconducting films are rigid, brittle, and dense. The new flexible film has properties similar to plastic wrap and can be produced in nearly any size. It has potential uses in medical and space applications, among others.

The process of electroplating in the CIRES instrument lab. 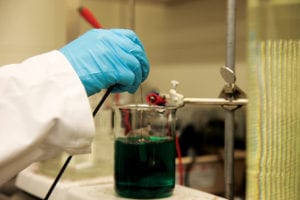 A recent find by scientists at the National Institute of Standards and Technology and the Cooperative Institute for Research in Environmental Sciences at the University of Colorado Boulder (CIRES)8 could help make higher-temperature superconductors possible. They discovered that an ultrathin layer of rhenium sandwiched between layers of gold, each measuring 1/1000th the diameter of a human strand of hair, can superconduct at a critical temperature above 6 Kelvin. The material is attractive because it is electroplated and could be ideal for use in circuit boards for ultrafast, next-generation computing applications not only because it is superconducting at higher, easier-to-achieve critical temperatures, but also is easy to work with mechanically, is nontoxic, and it melts at high temperatures. According to CIRES, this discovery is already attracting attention from the giants in international computing.