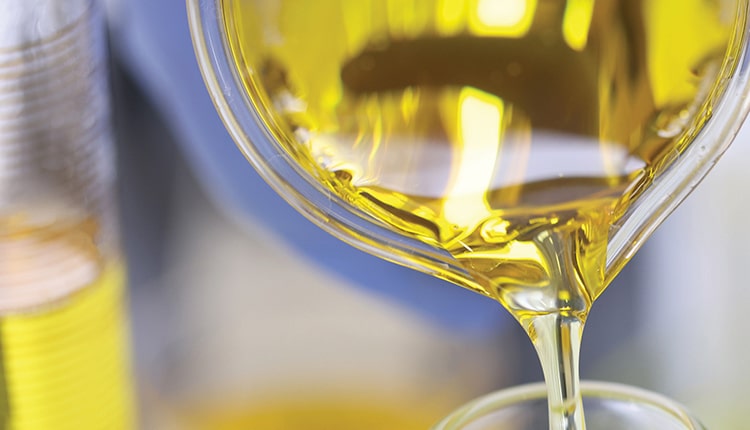 Additives modify paint or film properties or behavior, preferably (but not always) improving them. They are critical to successful formulation and to solving all kinds of paint problems, but choosing the right one can be exceedingly difficult and usually involves extensive trial and error.

Many different types of additives are available and there are many different products within a given type. Detailed coverage would take many pages, rather than just one, but here are comments regarding a variety of additive types.

Surfactants: These additives are surface active agents that have groups of opposite polarity or solubility on the same molecule. The long list of surfactants includes a wide range of chemistries, structures, and properties. They have many applications, including modifications of coating surfaces to reduce surface tension and make the surface more homogeneous. They can improve flow and leveling, increase crater resistance, and prevent other defects such as dewetting, flooding and floating, and Bénard cells. Other surfactants can provide wetting and solubilization for cleaning agents, improve pigment wetting, and emulsify paint components. The latter is especially useful for waterborne coatings.

Use additives only if necessary and add small amounts in steps, testing along the way.

Rheology Modifiers: These are additives that enable formulators to control the viscosity of a paint during manufacture, on application, and during drying and baking. Rheology modifiers include thixotropes and thickeners that provide structure and raise low-shear viscosity. Examples of such products for solventborne coatings are fumed silicas, microgels, organoclays, and hydrogenated castor oils. Modifiers for waterborne coatings include cellulose derivatives, acrylates, and associative thickeners. Wetting agents improve pigment dispersion and tend to reduce low-shear viscosity. There also are “flow control” agents that often are polymeric surfactants. They tend to give smoother, more homogeneous coatings.

Defoamers/Antifoams: These additives often combine a surfactant with fine particles (a silicone and silica, for example). The surfactant covers the surface and destabilizes the foam. The particles act as bubble breakers. Removing or preventing foam is system-dependent; a product that works with one formulation may not work with another. Such products must be used at extremely low levels and can cause craters if too much is added.

Adhesion Improvers: Inclusion of polar groups such as hydroxyls, carboxyls, and amines in coating resins promotes the formation of hydrogen bonds with metals, which improves adhesion. Epoxy resins have hydroxyl and ether groups that bond to steel and interact with other molecules in the coating. Many plastics are difficult to adhere to because they have low solid surface tensions and few or no polar groups. A tie coat or adhesion promotor is necessary—usually a thin layer of a chlorinated olefin or chlorinated rubber.

Slip Aids: It may be useful to reduce the coefficient of friction of a coating surface to make it slippery. Scratch resistance likely will be improved. Since most things will not stick to the surface, blocking resistance will be raised. Waxes are often used for this purpose, as are fluorinated surfactants.

Solvents as Additives: Solvents can reduce the surface tension of a paint for better substrate wetting and defect reduction during air dry or flash (it can act as a fugitive surfactant). They can improve pigment wetting and dispersion. Non-water miscible solvents in waterborne coatings can aid coalescence and reduce defects (“oil on troubled waters”). Solvents can act as defoamers and pop-reducers (e.g., 2-ethyl hexanol, tributyl phosphate). A low-evaporation-rate water-miscible solvent can keep the surface of a waterborne coating surface open longer to allow better release of volatiles.

Coalescing Solvents: Such solvents are especially important for waterborne coatings. They plasticize the paint mixture so that the glass transition (Tg) is lower. This lowers the minimum film-forming temperature (MFT) so that the paint will coalesce to be a homogeneous film at lower temperatures. High Tg polymers are difficult to coalesce (high MFT)—addition of sufficient coalescing solvent to allow low-temperature film formation may mean a slow dry and a soft and possibly tacky surface. Characteristics of an effective coalescing solvent are low evaporation rate, good solvent for the resins, and a greater tendency to be in the polymer phase than in the aqueous phase (i.e., greater resin compatibility than water compatibility).

Resins as Additives: Polyacrylates such as polybutylacrylate and polyethylacrylate/ethylhexyl acrylate copolymer can act as flow-control agents and surface homogenizers. Addition of a small amount of an epoxy can improve adhesion. Various acrylics (especially with imino groups) can be used as pigment dispersants or as additives for dispersants. Very small amounts of very high molecular-weight (MW) resins or latexes may improve atomization on spraying. Polystearylmethacrylates and high MW latexes have been used as anti-pop additives.

Recommendations: When you have a problem or defect, make sure you understand what it is before you begin throwing in additives. Use additives only if necessary and add small amounts in steps, testing along the way. Some additives will work in one paint system, but not another. Additives often cause as many problems as they solve. For example, surfactants stop many defects, but also can cause coating water sensitivity. Where do you find help with choosing additives? Ask colleagues what they have used to solve problems or for certain types of coatings. Look at specific additive types online. That will show general information and suppliers of such additives. Ask suppliers for help.