I have been involved with automotive coatings for more than 40 years. When I started, car bodies were made of cold-rolled steel with little galvanized steel or plastic, primers mainly were spray-applied and many were alkyds, topcoats were low solids monocoats and some still were lacquers. Quality and appearance requirements were lower and surface defect and dirt levels were higher than they are today.

I began my coatings career in the Physical Chemistry Group at PPG under industry stalwarts Charles Hansen and Percy Pierce. We did research and problem solving and could extend the latter into research projects. We did work related to all the company’s coating products. Automotive was just one part of our effort, but over time it became more and more important and we did paint plant and customer support as well as research. I soon became involved in trying to solve and prevent customer problems, particularly craters and dirt.

One of the first problems that I encountered was delamination of acrylic topcoats over alkyd primers. This occurred after minor damage down to metal that led to what appeared to be relatively small amounts of corrosion, but was followed by loss of sheets of coating. We found that the corrosion products caused saponification of the alkyd primer and attacked the zinc phosphate pretreatment and continued to undermine the coating until there was nothing holding the topcoat in place. The solution to the problem was to change to cationic ED primers, which virtually all automakers eventually did. I became more involved in electrodeposition coatings, especially studying why and how surface defects and other problems occurred and how they could be prevented. I learned how critical the proper cleaning and pretreatment steps prior to electrocoat are to the performance of the entire coating system.

Many people really liked lacquers. They looked great, polished beautifully and because they were thermoplastics, many defects could be removed by careful use of a heat gun. However, coatings with only 18-20% solids no longer were acceptable and we entered the high solids and waterborne eras (and later produced automotive powder coatings). High solids solventborne coatings gave us a lot of problems as they required low molecular weight resins, even oligomers, to provide paints with low enough viscosity under shear to allow spraying. However, the low molecular weights meant that the coatings kept on flowing after application, especially in the oven, and were more sensitive to contaminants. Much work was needed to balance sprayability with sufficient viscosity recovery for resistance to hot sag and defect formation, yet not so fast or so much as to cause orange peel. Appearance was improved by the movement to color plus clear, although that development was not done without difficulties. Early wet on wet applications of the clear over the color basecoat often lead to mixing or waviness in one or both layers. Later, we concluded that one cause was convective flows like those that produce Bénard cells and flooding/floating in pigmented coatings.

We also looked closely at waterborne coatings for all industrial coatings, including automotive topcoats. I recall that some of first trials of waterborne basecoats took place in a plant where mornings were cool and relatively humid and afternoons were hot and dry. The paints stayed too wet and sagged in the morning and spray was too dry for acceptable appearance in the afternoon. It was obvious that humidity and temperature control were necessary in plants that wished to use such basecoats. Basecoat dehydration had to be carefully controlled. If completely dry, a basecoat absorbed solvents from the clear as it was applied and there was popping during the final bake; if too much moisture was present, water vapor blew through the clear as it was baked, resulting in pops.

Powder primers and clearcoats brought their own problems, including dirt (some of it clumps of powder), craters and pops. Powder had to be applied under true clean room conditions and crater antidotes could not be added to the mix just before application. Instead, that batch had to be removed, the hopper carefully cleaned and loaded with new powder.

I like to visit auto plants to observe the painting processes, work on problems and try to understand why and how defects occur. You can learn things from closely observing paint application at a plant that you never would notice in the lab. You also can identify bad customer practices that contribute to serious paint problems. I have learned a lot about how to reduce dirt levels and push customers to do a better job of filtering air, reducing dirt generation and protecting the paint and car bodies. I did my first dirt and crater audit as a favor in 1995 at a plant in Mexico and have done many since.  An audit that includes a check list can be useful as a teaching tool as well as for identifying problem areas in a plant.

I worked on some crazy problems and situations over the years, including white pickup cabs and boxes coming out pink, black spots in silver basecoats, basecoats that clogged paint lines, and clearcoat craters caused by basecoat contamination traced to an attempt to clean conductive grease from inside the electrostatic spray electrodes. 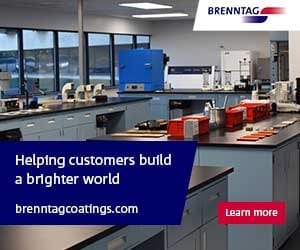