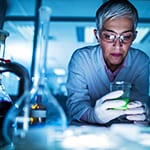 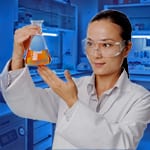 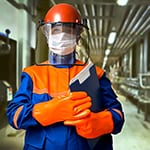 This meeting will be conducted with strict health and safety measures in place,
in accordance with local and CDC guidelines and the Wyndham Grand
Pittsburgh Downtown’s COVID-19 standards.

Following health and safety protocols is paramount for ACA. As such, the following measures will be implemented during the conference.

Through a series of specialized lectures from notable industry experts and focused technical sessions, ACA’s 2021 CoatingsTech Conference offers an unprecedented opportunity for all levels of coatings professionals to participate and learn from each other. Embracing the theme, “Essential Coatings Technology: Supporting Tomorrow’s Sustainable Development Challenges Today,” the 2021 conference will feature the latest science and technology developments, including advance notice on technology-forcing factors to help industry set a sustainable trajectory for meeting future market challenges.

Designed for new coatings technology professionals to provide an introduction to a broad range of practical coatings science for all product categories. Led by notable scientists from industry and academia, this half-day short course will advance application of knowledge on research, development, and innovation challenges.

This short course will provide insight on bringing research to market, highlighting the tools and technology used to identify functional needs and apply coatings science to address them. From self-cleaning and direct-resistant technology, to superhydrophobic and ice-phobic films, this course will explore the basic research and high throughput assessment tools that assist in breakthroughs.

Click on the day below to view the day’s schedule.

Olson will address specific actions the coatings industry can take to impact the world’s global need for Sustainability, examining the role of coatings and coatings development in the profitable attainment of a more balanced ecosystem, both now and in the future.

Session 1 and Session 2 will run concurrently. Please click a Session topic track below to see the complete list of presentations.

9:30 am – 10:30 am | Mattiello Award Lecture: Driving Sustainable Development and Performance Breakthrough of Waterborne Coatings – An Industrial Chemist’s Experiences and Reflection

Wu will focus on the development of emulsion polymers to meet increasing demands for greater performance and sustainability, highlighting that emulsion polymers, encompassing vast resin chemistries, are the cornerstone of waterborne paint formulations.

Session 3 and Session 4 will run concurrently. Please click a Session topic track below to see the complete list of presentations.

10:30 am – 11:00 am: U.S. Soy: The Sustainable Solution for Paint and Coatings
Kris Weigal, OmniTech International

11:00 am – 11:30 am: Bio-based, Zero-VOC Coalescent for Architectural and Industrial Coatings
Zuzanna Donnelly, Arkema

11:00 am – 11:30 am: Rheological Studies of Fully Formulated Coatings Thickened with a HEUR Associative Thickener: Effects of Surfactants
Ray Fernando, CalPoly

Session 5 and Session 6 will run concurrently. Please click a Session topic track below to see the complete list of presentations.

2:00 pm – 2:30 pm: How to Design and Measure Coated Materials to Correlate with Best “Human” Sense of Touch
Brian Yates, Dell

A leading industrial scientist who has contributed to many discoveries in coatings technology, Olson spent his entire career at the research labs of PPG industries near Pittsburgh, Pa. He held various polymer synthesis and research management roles over his 38-year career, and he retired from PPG in 2019 as a corporate fellow.

He is an inventor on 68 issued US patents, with 12 patents pending. Awards include two R&D 100 awards, a PACE award, a Carnegie science award, and a Pittsburgh Award. He was elected to PPG’s “collegium” (the highest honor bestowed on PPG technical associates).

A native of Pennsylvania, Olson earned a bachelor’s degree in chemistry from Ursinus College in Collegeville, Pa., in 1976 and a doctorate in organic chemistry from the University of Florida in Gainesville in 1981.

Wenjun Wu is research fellow and global waterborne innovation leader at Arkema Coating Resins. In her 26 years of industrial experience, she has developed numerous technology platforms and successfully commercialized over 20 new binders and additives for applications in coatings, personal care, and aircraft anti-icing fluids.

Wu received her Ph.D. from University of Southern California in 1995.

THANK YOU TO OUR SPONSOR

$1,500| BRONZE SPONSORSHIP will entitle you to:
– Listing in onsite program materials
– Signage at event

$3,000 | SILVER SPONSORSHIP will entitle you to the above +
– Company logo on main CoatingsTech Conference page
– (1) complimentary registration to attend 1 short course

$5,000 | GOLD SPONSORSHIP will entitle you to the above +
– Embedded video ad on CoatingsTech Conference registration page
– (1) complimentary registration to attend full conference