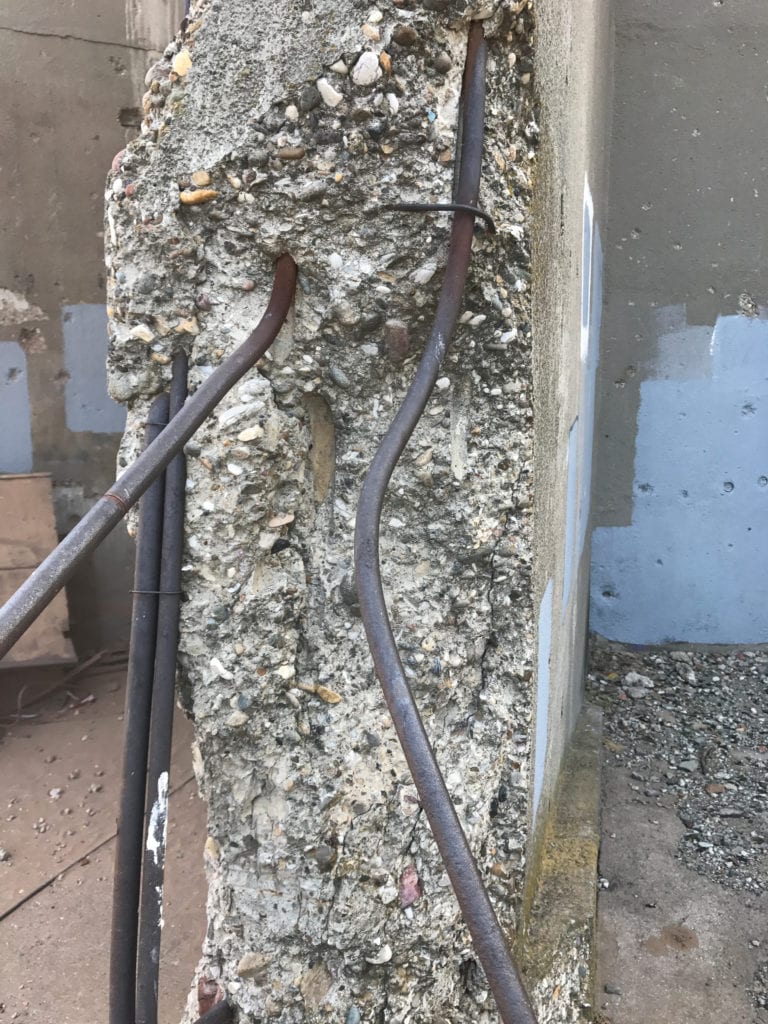 Buildings can be considered historical for many different reasons. They may have played a critical role in the distant history of a local region or nation, or may be relatively recent, yet still represent an important time or event. Coatings are an important component of any building preservation and/or restoration project given that they are used to protect and beautify interior and exterior architectural surfaces. For some projects, additional specialty coatings are required, such as those designed to prevent further structural damage due to corrosion.

Choosing the right paint or coating for use on historical buildings that are being restored for the sake of preservation can be challenging. Simply matching the existing coating is not always the right choice, as the last coating used may not have been historically appropriate or may not have provided the necessary level of protection. It is also important to determine whether the existing coating should be removed and whether any surface preparation is required. The choice of treatment depends on several factors, including the property’s historical significance, physical condition, proposed use, intended interpretation, and current mandatory code requirements.

Guidelines for the preservation, rehabilitation, restoration, and reconstruction of historic buildings in the Unites States are provided by the National Park Service in the Secretary of the Interior’s Standards for the Treatment of Historic Properties. Preservation involves the maintenance and repair of existing historic materials and retention of a property’s form as it has evolved over time, while rehabilitation involves altering or adding to the historic property to meet current challenges, but with retention of historic character. Buildings that are restored are returned to how they looked at a specific time. Reconstruction involves re-building missing portions of a building.

Because coatings contribute to the character of buildings, if possible, original coatings that reflect artistic features or are historically significant should be retained and preserved. Coatings that are in good condition but not historically significant can be over-coated, removed, or replaced as appropriate. Coatings that are historically significant but present a hazard (such as those containing lead or other heavy metals), may need to be retained and re-coated or encapsulated, or potentially removed and replaced with a current system that has applied properties that match as closely as possible the original coatings while meeting current regulatory requirements and providing long-term durability. Any cleaning/treatment of existing coatings and substrates must be sufficiently gentle so that the existing materials are not damaged.

Restoration is, of course, not limited to buildings. Many different types of structures can have historical significance for a locality. The Vukovar water tower in Croatia is one example. From 1991 to 1995, Croatian forces loyal to the government of Croatia, which had declared independence from the Socialist Federal Republic of Yugoslavia, were fighting for Croatia to become a sovereign country. Serbs within Croatia wanted Serbian lands within Croatia to be joined into a common state with Serbia. The war ended when Croatia achieved independence and the preservation of its borders. There was a heavy toll, however, with nearly $40 billion in damage to infrastructure within the country.

The Vukovar water tower is being restored as a memorial to the suffering and resilience of the city of Vukovar during the Croatian War of Independence. The water tower was hit hundreds of times by artillery and yet remained standing. For more than 20 years following the war, though, it was left unrepaired, with portions of rebar exposed to the elements.

Work began in September 2017 to restore the water tower. This unique restoration project is taking place in the homeland of Boris Miksic, CEO of corrosion inhibitor manufacturer Cortec Corporation, and the company is donating materials for the project. 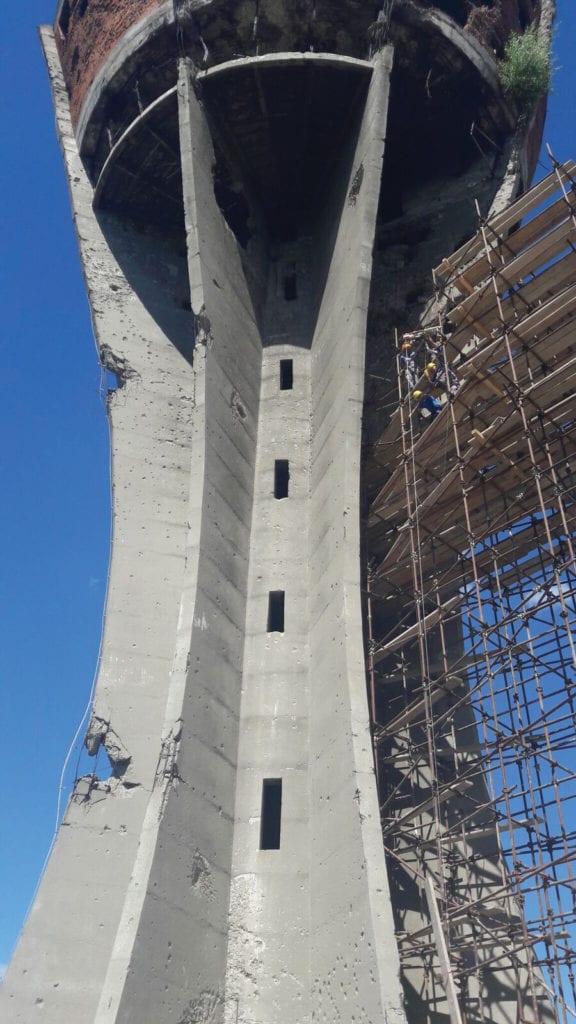 The Vukovar water tower is being restored as a memorial to the suffering and resilience of the city of Vukovar during the Croatian War of Independence.

The rebar is being preserved by mechanically removing loose rust and scale and then applying CorrVerter MCI Rust Converter Primer, a single component, fast drying, water-based primer that converts rusted surfaces to a hydrophobic passive layer. The one-coat system also prevents further rusting through the use of a unique combination of chelating agents and polyvinyl chloride resins, according to Cortec. “This combination of a waterborne latex with extremely low water vapor permeability and the chelating agents results in modification of the surface rust into a hydrophobic passive layer that affords excellent protection against re-rusting,” Cortec explains. The primer provides long-term corrosion protection by itself, but it can also be topcoated for extended performance.

Importantly for the Vukovar water tower, the CorrVerter primer can be used on rusted structural steel surfaces or on exposed rebar when restoring reinforced concrete structures. In fact, CorrVerter is recommended for application to rusty or poorly prepared steel surfaces where further corrosion protection is required and good surface preparation is difficult to achieve. “The advantage of CorrVerter is that it provides a convenient alternative to sandblasting rusted surfaces, thus simplifying surface prep,” observes Julie Holmquist, marketing content writer for Cortec Corporation. Specifically, CorrVerter can be applied to rusted metal surfaces after removing loose rust with a wire brush.  That ability is being utilized for preservation of the rebar in the Vukovar water tower. After removal of any loose rust and scale, the rebar is coated with CorrVerter MCI Rust Converter Primer.

The Vukovar  project  is  currently slated  to  finish in late 2018.  According to Miksic, “This collaboration is of special significance for me as a Croatian. This city was torn by war more than anything else in our country. It’s place in the minds and hearts of Croatian citizens is incomparable.”