Manufacturing Production and Productivity Have Plateaued in Recent Years

This comes as U.S. manufacturing has reached something of a plateau, with overall output having largely flatlined since recovering in the aftermath of the 2007-09 recession (Figure 1). Overall manufacturing employment currently stands at 12.865 million, up only 7.4 percent over the level of January 2013, while the rate of growth manufacturing hours works has remained at or below 2.5 percent since 2010 (Figure 3). 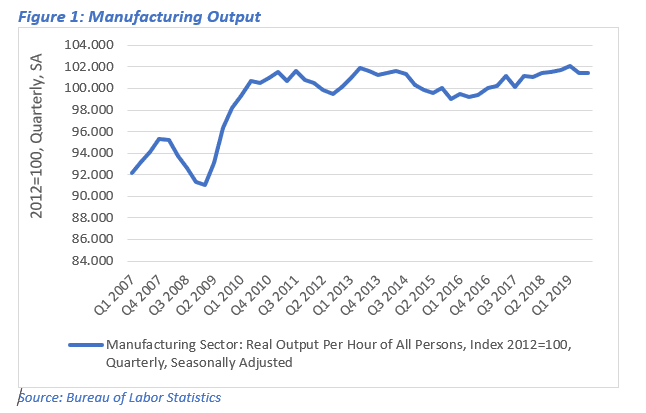 As shown in Figure 2, Paints, Coatings, and Adhesives manufacturing output remained strong through Q3.  While Q3 output declined as compared with Q2 (a reflection of the industry’s seasonality), the overall trend was up, with year-over-year comparisons showing a rise of slightly over 2 percent. 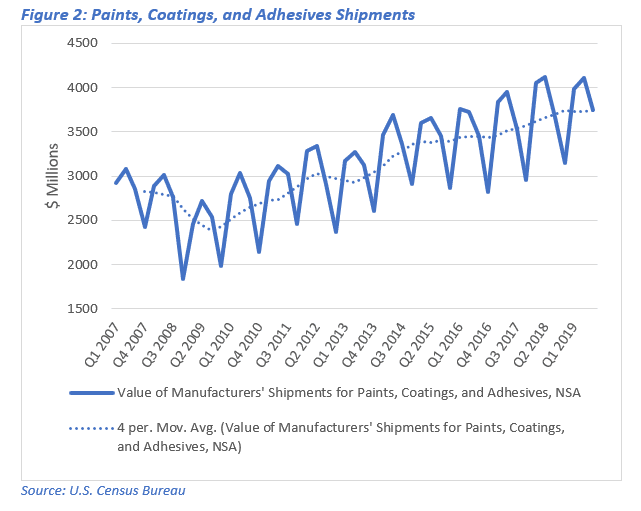 Finally, as shown in Figure 3, unit labor costs for the overall manufacturing sector increased 3.0 percent in the third quarter of 2019 and increased 4.4 percent as compared to the same quarter a year ago. This is almost certainly the result of the increasingly tight U.S. labor market, which is seeing the lowest level of unemployment in years and increases difficulties manufacturers have in obtaining qualified workers for their production lines. 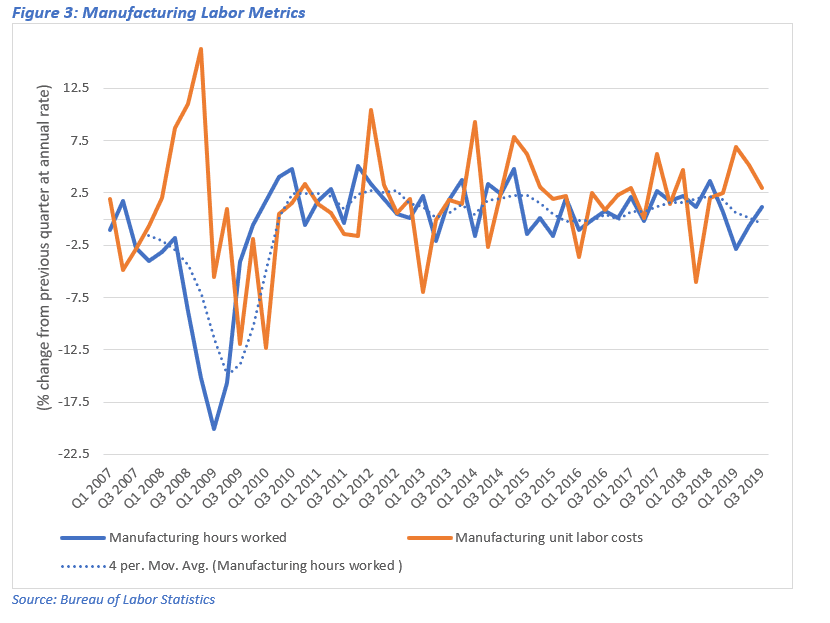 It is likely that manufacturers will continue to see relatively flat production combined with upward pressure on compensation, but this can potentially be offset with increased productivity. The likely ratification of USMCA, however, could provide some added impetus to U.S. manufacturing, particularly in the motor vehicle segment, since the trade deal is intended to increase automotive content originating in the North American market.

2  BLS calculates labor productivity, or output per hour, by dividing an index of real output by an index of hours worked by all persons, including employees, proprietors, and unpaid family workers.