The U.S. Department of Homeland Security’s (DHS) Cybersecurity and Infrastructure Security Agency (CISA) is holding a series of Explosive Precursor Chemical Stakeholder Engagement meetings. The purpose of these meetings is to discuss approaches that could be taken to reduce the threat of improvised explosive device (IED) attacks in the United States that may use explosive precursor chemicals.

The next Explosive Precursor Chemical Stakeholder Engagement meetings will take place in Indianapolis, Ind. on  June 11 and Chicago, Ill. on June 13.

Explosive precursor chemicals are used by adversaries in attacks worldwide, and are the focus of voluntary and/or regulatory controls in the European Union, Canada, and various other nations. Options for a path forward to enhance controls for these chemicals domestically in the United States was the focus of a recently concluded, DHS-sponsored study by the National Academy of Sciences.

As DHS begins engaging with Congress to explore options to enhance the security of explosive precursor chemicals at the point of sale, DHS wants to ensure that it is hearing stakeholder perspectives first. DHS believes that stakeholder expertise is important in helping the Department develop a broad, commonsense framework that is sufficiently flexible to address a wide variety of explosive precursor chemicals without unnecessarily impacting lawful commerce. Specifically, DHS is looking for industry input on the ways in which the following chemicals are manufactured, bought, sold, accounted for, and/or otherwise moved in commerce:

ACA encourages companies that manufactures, buys, or sells any of the above explosive precursor chemicals to participate in the meetings because they could be affected by potential future regulatory or legislative action that would address this security issue. 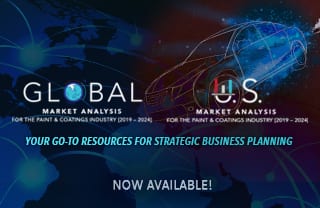 Copy link
CopyCopied
Powered by opens in a new windowSocial Snap
This website uses cookies in order to improve and customize your browsing experience. By continuing, you consent to the use of cookies for analytic and functional purposes, as discussed in the Types of Information Collected section of our Privacy Policy.AcceptReject opens in a new windowPrivacy policy